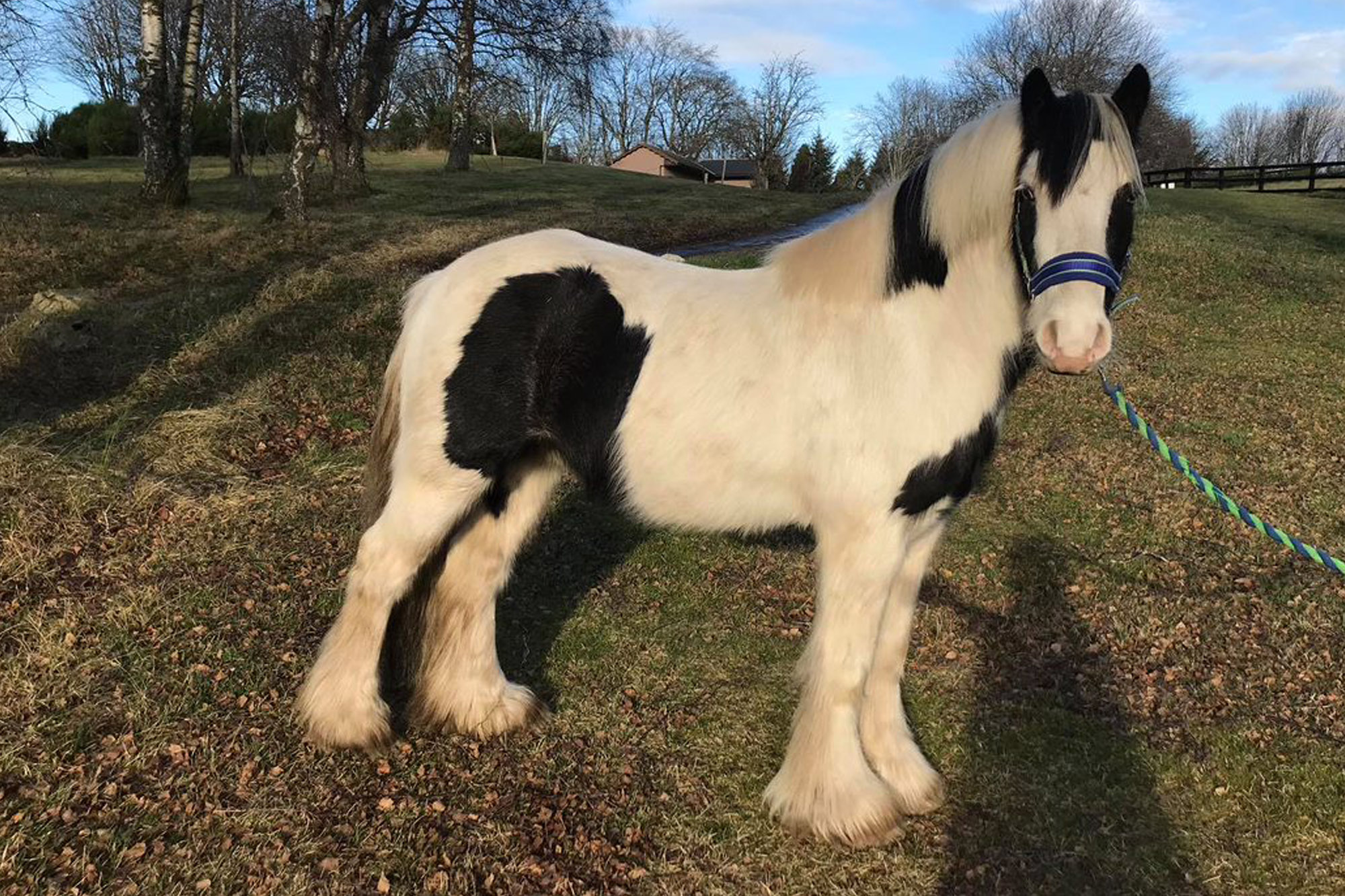 Beckham is a handsome little cob that is ready to be rehomed as a project pony. He can be a bit shy until he gets to know you, but he quickly comes out of his shell and his character really shines through. Beckham was rehomed as a youngster and backed to ride out on loan, he was returned as his little jockey had grown out of him. He needs an experienced home to bring him on with his ridden work. Beckham is currently long reining around the farm, he is forward going and will have the odd spook so will need a confident child rider. Please note that he will have a combined saddle and rider weight limit of 50kg. Beckham has good manners and gets along well with all the other ponies. He is currently living out with a herd of geldings and loves to play in the field. As Beckham was gelded late, he is not suitable to live with mares. He does gain weight easily and will need a home where he can have his grazing restricted so would be best suited to living with other small ponies. If Beckham sounds like the right pony for your family, please apply online.

Beckham could be worked in the future.

Beckham arrived at Penny Farm in March 2019 as a welfare concern. He was entire on arrival and was gelded at the farm. Beckham was transferred to Belwade Farm in November 2019.

Beckham is at Belwade Farm, Aberdeenshire

Belwade Farm is located in the breathtaking countryside of Royal Deeside, Aberdeenshire, Scotland, just off the A93 close to Kincardine O'Neil, AB34 5BJ.

View other horses from Belwade Farm
?

If you have any further questions or need guidance with our rehoming scheme please visit our Help Centre.

Why rehome from World Horse Welfare

All of our horses are fully MOT'd

All of our horses have been thoroughly assessed by a team of specialists. You will get an honest description of the ability and temperament of the horse and any requirements they may have.

Our horses come with a safety net

We love to find forever homes for our horses. However if your circumstances change you can always return the horse to us. No one knows what’s around the corner, so it can save you a great deal of heartache if you have a safety net in place.

The feel-good factor of changing a life

Many of our rehomers say that rehoming a horse is an immensely rewarding experience. Most of our horses have had difficult lives before coming to us and by rehoming you are offering them a vital second chance.

Rehoming one horse helps another

When you rehome from us you help other horses by freeing up vital space at our rescue centres. Sadly, there are always horses needing to come into our care so it’s critical that we make space by rehoming those who have completed their rehabilitation. By choosing to rehome you become key to helping more horses get the care they need.

A lifetime of advice and support

When you rehome one of our horses, you have ongoing support and access to our expertise should you need it. You can call our rehoming team to discuss any issues - or just give us an update! - and your local World Horse Welfare Officer will check in with you routinely to see how everything’s going.

View all horses from Belwade Farm

Get our latest news and rescue stories