Keeping Penny Farm tidy – for the sake of the horses

Litter pick highlights dangers of rubbish thrown away in the countryside. 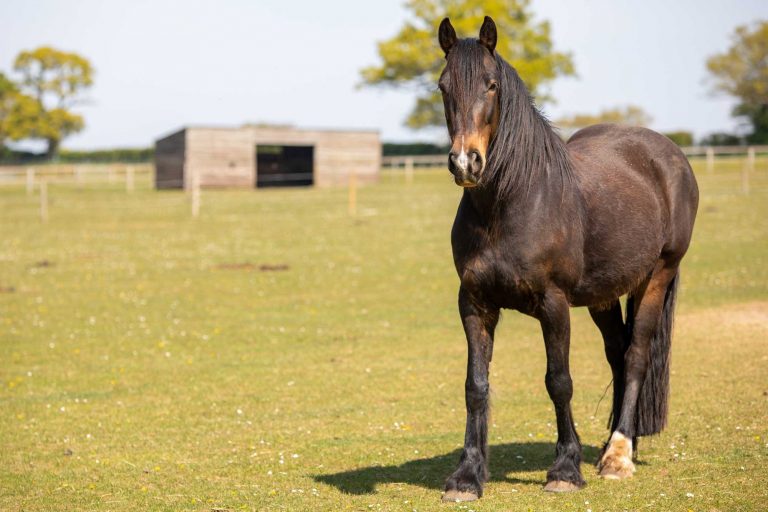 The staff at World Horse Welfare’s Penny Farm Rescue and Rehoming Centre in Lancashire recently took part in an organised litter pick – and it wasn’t just about keeping the farm looking smart and tidy. The litter pick was organised by the local National Farmer’s Union (NFU) in order to raise awareness of the problem of litter in the countryside for domestic animals. Rubbish left in the countryside or just thrown out of vehicles all too often finds its way into hay and if it is eaten by animals it can lead to serious health problems or, sadly, even death.

As the sun beats down and crops ripen in the summer British countryside, it’s time for farmers to get the hay in. A good stock of hay is vital for feeding horses, and other grazing animals, through the winter months when the grass growth slows down or even stops. To make hay, the grass is first cut and left to dry before being picked up and baled for storage. The baling machinery collects everything in the field, including any rubbish that has been left there or blown in from the verges and this poses a real risk to animals who eat that hay later on. Plastic bottles, discarded nappies, sweet wrappers, face masks and plastic bags have all been found in hay bales and unless they happen to be exposed on the surface this contamination is likely to go unnoticed.

“It used to be rare to find a bit of rubbish in a bale of hay but it did occasionally happen and is a bit of a long-term problem. This year though, with all the changes to everybody’s lives caused by Covid-19 restrictions, there has been far more people visiting the countryside. We have heard of picnic leftovers being left in fields and I’m sure everyone has sadly seen discarded face masks in towns, villages and the countryside. As we embark on this summer’s harvest, we felt it was really important to remind people of the dangers of leaving rubbish and to take it home with them.”

Hay is currently being made at Penny Farm, as well as at World Horse Welfare’s three other Rescue and Rehoming Centres around the country, which have all been closed to the public since March due to the Covid-19 pandemic. Although the centres won’t be opening to the public until February next year, all are brimming with rescue horses and, behind the scenes, we are still dealing with new rescue horses that are coming in. Calls to the charity’s UK Welfare Line have started to increase again as people are able to move about more freely and attention is drawn back to animals in need. The day-to-day care and rehabilitation of those horses already on site is on-going and the centres are busy rehoming those animals ready for new homes, in fact rehoming is reaching record levels.

Could you offer a loving home to one of our horses or ponies? Check out our rehoming pages now.

Hall Farm Yard Supervisor Adele tells us how clipping can be a really useful weight management tool, especially for horses and ponies who can’t be worked.