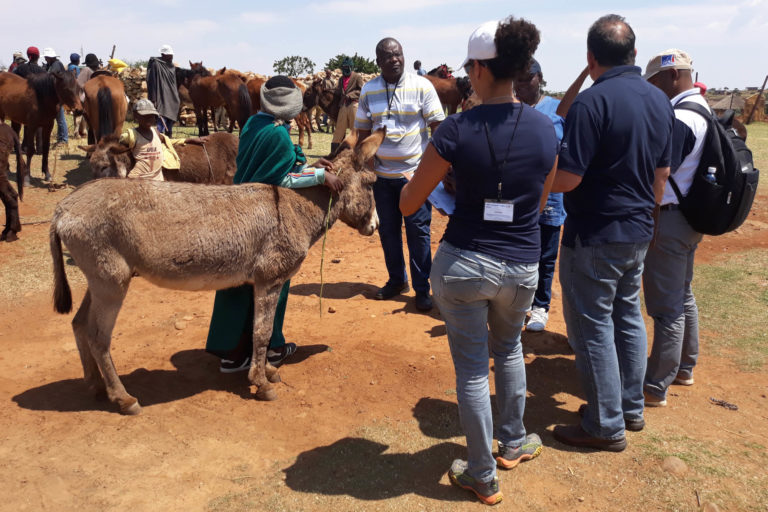 On World Donkey Day, the International Coalition for Working Equids (ICWE) welcomed the World Organisation for Animal Health’s (OIE) 3 May statement calling for better implementation of OIE standards to help protect the welfare of donkeys – and the people who rely on them – which are currently at risk due to the global trade in donkey skins, especially in Africa.

The coalition (comprised of Brooke, The Donkey Sanctuary, SPANA and World Horse Welfare) has been working in partnership with the OIE on implementing the organisation’s standards on the welfare of working equids and working in communities in Africa where infectious disease has plagued the equine population, with reportedly thousands of donkey fatalities over the past three months. These deaths have further depleted populations already decimated by the indiscriminate, and often illegal, slaughter of donkeys for their skins, which when boiled produce a gelatine called Ejiao, an increasingly popular Chinese remedy.

“Considering the impact and consequences of the increased global demand and trade of donkeys and their products, the OIE encourages its members to implement international standards, not only to protect donkey health and welfare, but also to safeguard the livelihoods that depend on them.”

“World Donkey Day exists for a reason: these animals are intrinsic to the livelihoods of many millions of people. So we welcome the OIE’s statement highlighting the need for OIE standards on welfare, biosecurity, transport and slaughter to be implemented to help protect the donkey population in Africa.

“Thousands of households rely on these donkeys for transport, traction and income generation. We do not yet know the full extent of the impact of the donkey hide trade in Africa and of the loss of so many animals from disease, but ICWE members are ready to support communities and governments with technical advice to help implement the OIE standards. We echo the OIE’s concern about reports of illegal transport and slaughter of these donkeys for a trade which needs to be more humane and sustainable.”

Help for Haitian horses, mules and donkeys and their owners

Lives of horses – and their owners – improved in rural Haiti by international project despite Covid-19.