For the first time, The Donkey Sanctuary and World Horse Welfare have taken part in the annual Climate Week NYC. 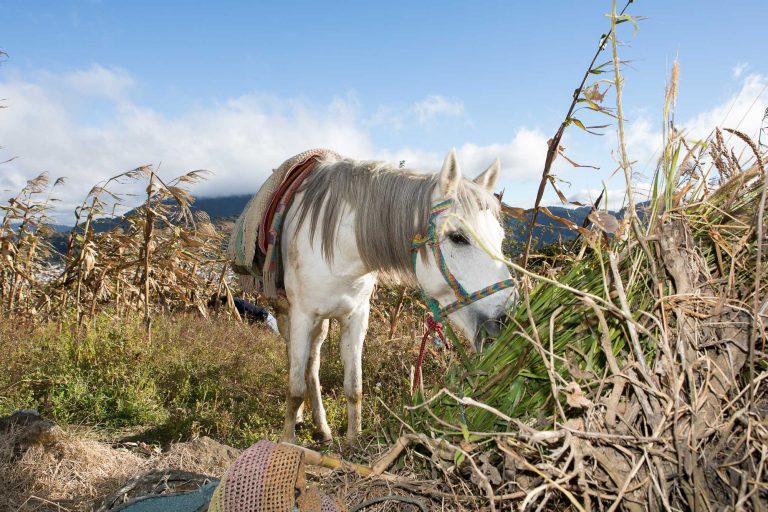 The charities co-hosted a virtual event called “Working Animals and Climate Change – in Disaster Preparation and Relief while leaving no one behind”, on Tuesday 22 September.

The event focussed on the essential role working animals play in providing sustainable solutions to limit the effect of environment-related crises in mountain regions. During the two-hour event, with speakers from Portugal to Uganda, Nepal to Chile and beyond, stakeholders were invited take part in discussions about the fundamental role working equids play for mountain communities and their consideration when devising climate change adaptation and mitigation plans.

Working equids are particularly relevant in recovering from environment-related disasters, such as landslides, flooding and earthquakes in mountain areas.

The event was running during the United Nations General Assembly 2020, with support from the UN Food and Agriculture Organisation (FAO) Mountain Partnership.

“This is the first time we have contributed to New York Climate Week. It is a great opportunity for us to continue our work highlighting the crucial role equines play in sustainable development.

“In some parts of the world where difficult terrain is aggravated by a disaster, donkeys and mules are often key to moving in aid supplies. And when animals and livestock have been part of disaster planning, communities are able to recover and rebuild their lives more quickly.

“So our message to New York Climate Week is understand the importance of the animals that allow you to live sustainably. The UN has agreed that working animals are “protected assets” for disaster planning. Now is the time to make it a reality”.

“What became so clear during the event was how integral working animals are to the livelihoods of so many of the more than one billion people in mountain communities. While climate change affects everyone, it will be most acutely felt by those whose lives are so closely intertwined with the land, and working horses, donkeys and mules have long been a means of sustainably adapting to and shaping that land – and will continue to be. So it is essential that they are considered when devising policy.”

According to the Global Risks Report 2019, issued by the World Economic Forum, extreme weather events, failure of climate change mitigation and adaptation, and natural disasters top the risk list in terms of likelihood and impact.

Mountain areas represent a reliable indicator of how human-led activities affect the environment and global climate. Glaciers are melting rapidly, leaving plants and animals in a constant struggle to survive and mountain communities facing even harder conditions and circumstances.

An estimated 200 million working animals play a critical role in supporting communities in low and middle-income countries, through their contribution in both rural and urban settings for essential resource provision and growth.

Climate Week NYC is an annual event that has taken place every year since 2009. This year it runs from 21 to 27 September. As the focus shifts to how we move on from Covid-19, Climate Week NYC, 2020 will discuss how to rebuild the global economy for people and planet, and halve global emissions by the end of the decade.

Organisers behind fund to help Ukrainian horses and their owners report an extraordinary response within the first week.