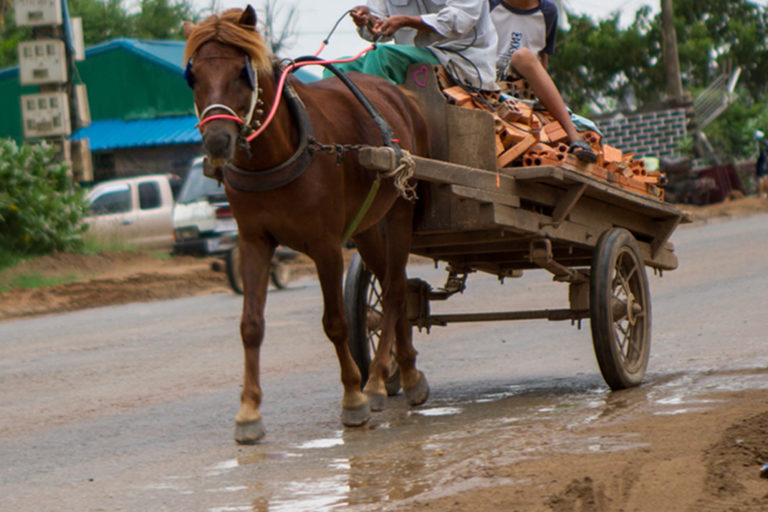 World Horse Welfare and The Donkey Sanctuary hosted a 90-minute virtual side event on Tuesday 7 July 2020 at this year’s United Nations High Level Political Forum (HLPF) on the Sustainable Development Goals (SDGs). Working Animals: Climate Change and Public Health Issues in achieving the SDGs was supported by the UN Food and Agriculture Organisation (FAO) and the Permanent Mission of the Republic of Senegal to the UN, represented by HE Ambassador Abdoulaye Barro.

The live webinar was hosted by Roly Owers, CEO of World Horse Welfare. He welcomed presentations from a variety of experts from around the world and introduced the event, run via Zoom due to the pandemic, by noting “The policies relating to the health and welfare of working animals really is relevant to climate, the health of people, the health of animals and the health of the environment”.

The SDGs, set by the UN in 2015 and due to run until 2030, are designed to move the world towards a sustainable future for all.

Guest of honour, HE Ambassador Barro from the Permanent Mission of the Republic of Senegal to the UN, demonstrated the importance of working animals to the health and economy of his country with almost 1 million equids working. He said “Almost all farmers use equids, and 57% of Senegal is arable land and family farms. The income produced from a working horse can feed a family of six. They are multipurpose animals and also respectful of fragile environments, much more so than mechanisation.”

Daniela Battaglia, of the Food and Agriculture Organization of the UN, introduced to the event the concept and importance of a ‘One Health’ approach: “Recognizing the connection between humans, animals, plants and their shared environments in an integrated effort to reduce disease and pest threats and ensure safe food supply.”

Dr Rebecca Doyle from University of Melbourne and International Livestock Research Institute showed that existing welfare challenges for working animals and livestock will continue and will be exacerbated by climate change. She went on to present examples of where working animals are contributing to achieving SDGs.

Talking about the trade in donkey skins, Ian Cawsey, Director of Advocacy & Campaigns at The Donkey Sanctuary pointed out that “These skins are transported across the world with little sanitation. Not only are communities deprived of the working donkeys they need, but it also poses a biosecurity risk which we should all be concerned about”. Dr Aileen Pypers, a behavioural vet and consultant running Pets at Play throughout South Africa highlighted that there are anecdotal ideas abounding around working animals that don’t necessarily have research to back them up but that they should be supported and explored.

Bonnie Wyper, from Thinking Animals United, summarised the importance of working animals in achieving SDGs: “Without acknowledging that animals impact on every single SDG, I’m not sure SDGs can actually succeed.”

A Q&A session followed the presentations, with stakeholders invited to submit their questions. These focused on how awareness of the role healthy, working animals can play in attaining the SDGs, while mitigating the spread of disease during the global health crisis can be raised, with research, veterinarian training and children’s education emerging as the most valuable routes.

The live webinar is now available to watch on World Horse Welfare’s YouTube channel where it had been watched by 500 people in 24 hours : https://www.youtube.com/user/horsecharity