Obese, overfed and dangerously unhealthy - this is the current crisis in horse welfare, according to a groundbreaking survey released today by World Horse Welfare. 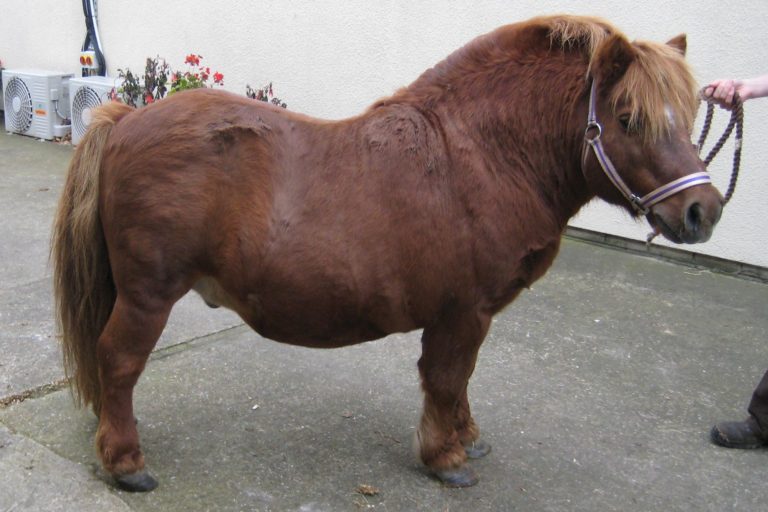 The research – aimed at gaining an insight into people’s perception of horse welfare problems in the UK – is the first of its kind and highlights a major concern surrounding their care and in particular, horses’ weight.

Despite being a nation of animal lovers, over half of the people surveyed either could not recognise an overweight horse or if they did, had no idea of the dire health or welfare implications to the animal. This compares to over three quarters of the people surveyed who believed being underweight was a threat. In addition, according to other research by the charity, between 35 – 45% of UK horses are believed to be overweight or obese.

Set against a growing issue of horse obesity in the western world, World Horse Welfare believes this adds up to a dangerous time bomb.

“Despite wide spread media coverage of both human and pet obesity; we appear as a nation to be blind to this issue. This research is vitally important for horse welfare but the results are extremely worrying. We are seeing a growing trend of welfare concerns involving obese horses, and this survey only goes to reinforce why this is the case; many people are unable to appreciate what an overweight horse looks like and the grave health risks they face.

“We are literally killing our horses with kindness and as a nation we need to recognise the dangers of allowing them to carry excess fat. Overfeeding a horse can lead to ongoing health issues, often causing excruciating pain. Overweight horses can also suffer from laminitis, heart and lung problems and even a diabetes-like condition, which can be equally destructive as it is for humans.

“When asked to investigate concerns involving thin horses, our field officers often arrive to find that the horse in question is actually the correct weight, but looks thin compared with its overweight field companions.”

Case A – May 2008, Aberdeenshire: An emaciated and lice ridden young horse is found desperately searching for food in a boggy field.

Case B – November 2008, Blackpool: A Shetland pony weighing 40 stone is found in a field in Cleveleys. He is a massive 10 stone overweight; the equivalent of constantly carrying an adult.

If asked to describe a typical horse cruelty case, most people would immediately think about the thin horse referred to in case A, but in reality fat and obese horses are now at epidemic level and the long term effects they suffer can be catastrophic.

In October this year, in what was believed to be the first case of its kind, a married couple from Blackpool were banned from keeping horses and fined £500 each after they allowed the Shetland pony in case B to become grossly overweight. The pony was successfully rehabilitated by World Horse Welfare but it will be at risk from weight gain and attacks of an agonising and serious foot condition for the rest of its life.

“This prosecution is likely to be the ‘tip of the iceberg’ as many similar cases could reach the courts in the future. We hope that cases such as this will serve to highlight an escalating problem in our horse population, which, if left unchecked will have serious consequences. Over the last two years, World Horse Welfare has been weighing and assessing horses up and down the country and educating their owners on how to manage horses’ weight. We will continue to lead the way in finding solutions to combat the key causes of horse welfare problems.”