Miniature hero standing at just 8.3hh is in training with top equestrian icons. 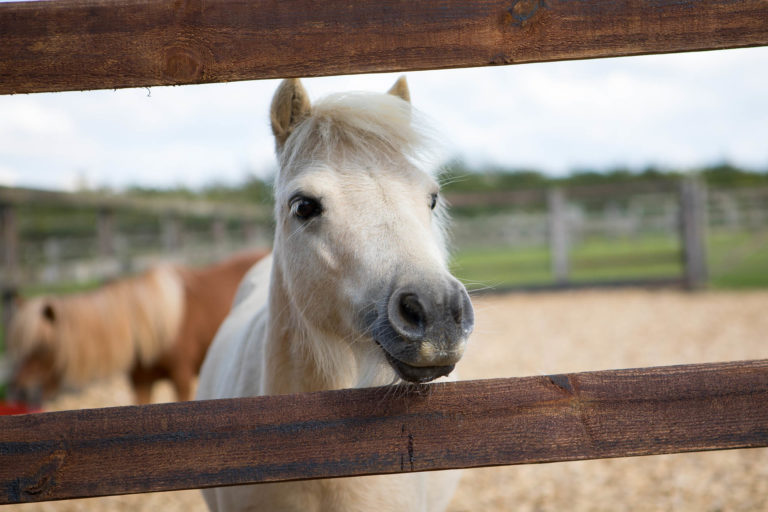 Shetland pony, World Horse Welfare Pamela, is set to become the smallest equine ever to participate in the Land Rover Burghley Horse Trials this year.

Already backed by a stellar team of equestrian icons who are playing a key role in her training and with her ‘star rider’ yet to be revealed, Pamela is already making quite a stir thanks to her stunning good looks and exceptional personality.

The first in a series of exclusive behind-the-scenes training videos has been launched today which will follow Pamela through her journey to the prestigious Land Rover Burghley Horse Trials in late August. However, Pamela’s story is quite different to those of the elite equines usually found competing at Burghley and as well as being the smallest pony to ever take to the four star competition, she will also be the first rescue pony to do so.

In April 2014, World Horse Welfare Field Officer Jacko Jackson, was alerted to a group of Shetland ponies in trouble by a caller to the charity’s welfare line and upon arriving at the location he found six ponies all suffering badly from Laminitis, an extremely painful disease. Working with the RSPCA, all ponies were removed to safety where they could begin treatment and rehabilitation.

Thanks to the hard work of the team at World Horse Welfare, Pamela, made an excellent recovery and whilst her diet and exercise regime must be very carefully controlled (as with all athletes) Pamela has a very bright future.

“Pamela is undoubtedly a surprise superstar and whilst we always knew she had excellent potential, I don’t think any of us could have imagined her taking part in such a world-class event as the Land Rover Burghley Horse Trials. For any event horse, taking on their first major competition it would be a daunting task, but with the backing of a few equestrian celebrity coaches and not to mention a professional rider to guide her round, I think Pamela is feeling pretty confident.”

“Pamela was certainly a surprise late entry and once we had recovered from the initial shock at the prospect of a Shetland pony ‘competing’ at Burghley, we can now see that Pamela is no ordinary Shetland pony. To have received the backing of so many equestrian stars goes to show just how talented this pony really is and we are delighted that Pamela has chosen Burghley to be her four-star debut.”

Pamela’s training videos will be released over the weeks leading up to the Land Rover Burghley Horse Trials which takes place 31st August – 3rd September and her celebrity rider will be announced shortly before the event.