Our latest film shows Field Officer Rachel Andrews taking on some of Britain’s least hospitable terrain to check on a remote herd of ponies. 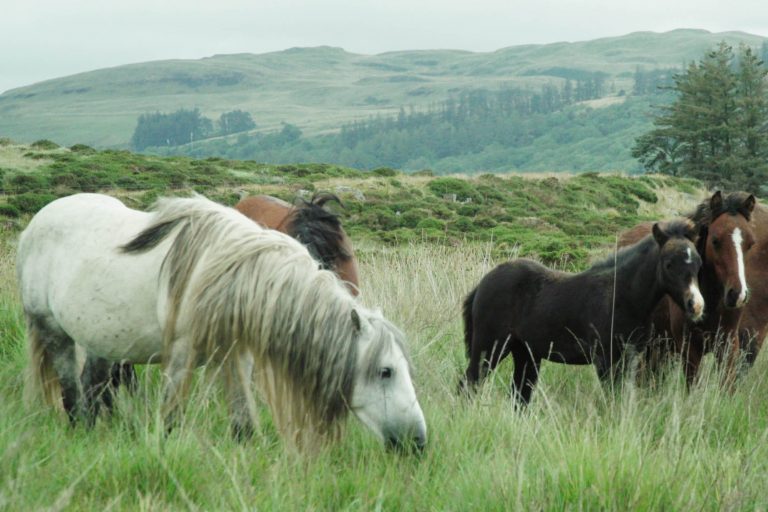 Crawcwellt Moor is part of North Wales’ Snowdonia National Park – an area of 2,000 square kilometres that epitomises the rugged diversity of the welsh landscape. Its mountainous territory is abundant with indigenous wildlife, but in recent years has become home to a growing herd of semi-feral ponies.

Whilst the idea of the herd roaming the hills is a romantic notion, the reality is quite different and when walkers noticed some welfare issues with a few of the ponies, they contacted World Horse Welfare. It quickly became apparent that the first challenge would be to find the ponies in such a vast and challenging landscape.

Rachel takes up the story:

“We had visited the area previously and on our last visit had walked for more than four hours without finding the ponies we were looking for. However, within a few minutes of putting the drone up we had spotted the herd. We were quickly able to start mapping out the lay of the land, establishing which areas the ponies had access to and where we could get up close enough to have a good look at them.”

Reports of a very lame foal had given the welfare team cause for concern, but Rachel soon discovered that other problems included indiscriminate breeding and the dumping of unwanted horses. Common land historically gives local livestock owners grazing rights. These ponies would have originally been on the land legitimately, but it was clear to Rachel that the situation had escalated. She continues:

“Many of the herd are stallions and there are signs of inbreeding. We also spotted a gelding, which means that at least one of these ponies is here because someone has seen an opportunity to dump an unwanted animal.

“In terms of the problems moving forwards, nobody’s managing these ponies and there will be indiscriminate breeding going on. It’s a vast area and very difficult for vehicular access, which makes it problematic if we did need to take a pony away on a trailer for example. If the situation does deteriorate, it will be a big task – it’s not like a normal job, trying to catch ponies in an area like this. My plan is to monitor the ponies over the next few months and potentially use the drone again in the spring to get a closer look at them.”

Piebald mare Maggie was found with open sores all over her body and was caring for both her own foal and an orphan.