A little dappled grey pony with a big personality has begun his new life with popular vlogger This Esme in style. 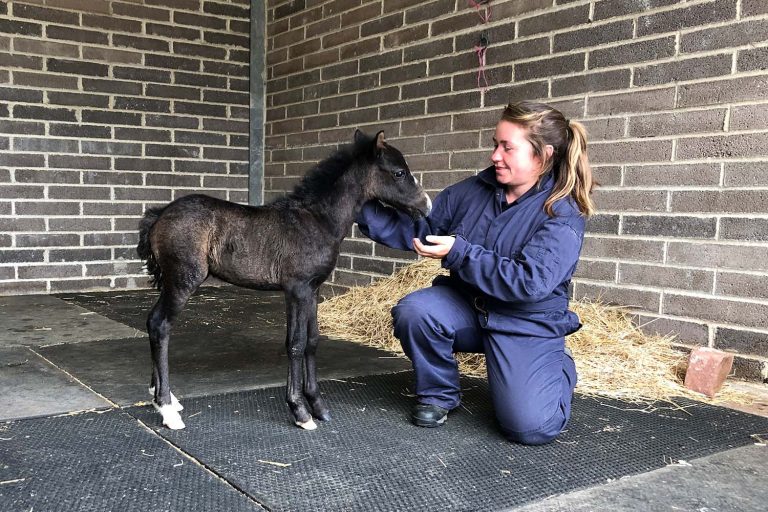 The young 11hh Welsh Mountain pony starred in ThisEsme’s latest video as he was collected from Glenda Spooner Farm Rescue and Rehoming Centre in Somerset.

Esme produces weekly instalments tracking the triumphs and trials with her three horses, promoting riding, how to care for horses and welfare. Her YouTube channel has over 660 thousand subscribers and over 5 million views a month. Visiting World Horse Welfare’s Glenda Spooner Farm Rescue and Rehoming Centre in Somerset for a filming appointment, Esme fell in love with tiny Duke and, after applying for him through the charity’s online rehoming system, she received the happy news that Duke could join her at home.

Esme said: “Duke is doing so well, he is really settled and happy in his new home and really likes the attention and cuddles he is getting as well as being a friend for my cremello pony Mickey, they are getting on great. When filming at GSF this little pony came up to me, had his face in the camera, and seemed to love the attention, he is an amazing little guy with a lot of character.”

Esme’s video charts her very early morning start and journey across to Somerset to pick him up and bring him home, and his introduction to her other horses (WATCH HERE), and it proved really popular, trending in YouTube’s Top 20 slot! Duke is sure to appear in future videos and continue his film career, as he learns about the world and carries out his important role as companion for her other horses and Esme’s next video shows what Duke got up to in his first week with her.

Feisty little Duke was rescued as a foal in May 2020 after being abandoned at just a few days old, he was far too young to survive without his mother. He needed emergency veterinary treatment but after a couple of days was well enough to be taken to Glenda Spooner Farm where our team there set about hand-rearing him and he recovered and continued to grow and, a year later, was ready for rehoming as a youngster.