Donations to the British Equestrians for Ukraine Fund, hosted by World Horse Welfare, now stand at £164,000. 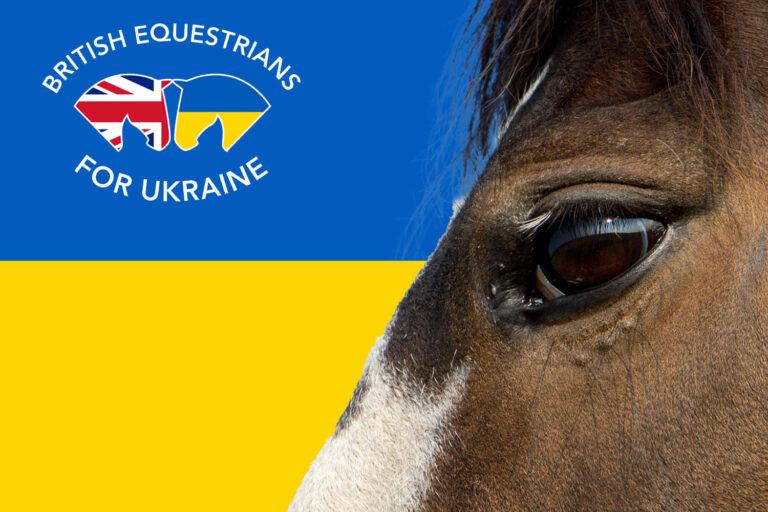 The situation in Ukraine continues to be severe, with fighting intensifying in the south and east and the need for humanitarian and equine aid grows more desperate. Working in collaboration both in the United Kingdom and with parties in Europe and Ukraine, British Equestrians for Ukraine (BEU) has so far helped see nine lorries of goods delivered on the ground and assisted funding for holding facilities and personnel to help with logistics and coordination. Our collective efforts so far have achieved:

BVP4U team member David Rendle, President Elect of the British Equine Veterinary Association, will travel to the Polish/Ukrainian border this week to assess the situation and veterinary standards. He’s currently coordinating a lorry of much-needed veterinary supplies to leave the UK this week. He’ll work with Claire Williams at the British Equestrian Trade Association (BETA) to ensure that lorry is full of any additional donated equine, pet and humanitarian supplies. The lorry will travel to Poland and on to Ukraine, where its cargo will be distributed.

“The situation in Ukraine remains utterly dire but thanks to people’s generosity we are starting to have some impact in getting aid to where it is needed, both through donations of supplies and funding. The initial response to the appeal has been amazing and to have legends like Lucinda Green and Carl Hester supporting our collective effort is incredible.

“However, the stark reality is that the desperate need to support Ukrainian horses and the wider sector will remain for months to come, whatever happens on the ground. So we would implore everyone to continue to donate and to fundraise in support of this much needed initiative.”

The fundraising challenge has proved incredibly popular with horses and riders of all ages around the country.