Celebrities Alan Titchmarsh, Suzanne Dando and Jonathan Agnew explain how one donation has twice the impact during the Big Give. 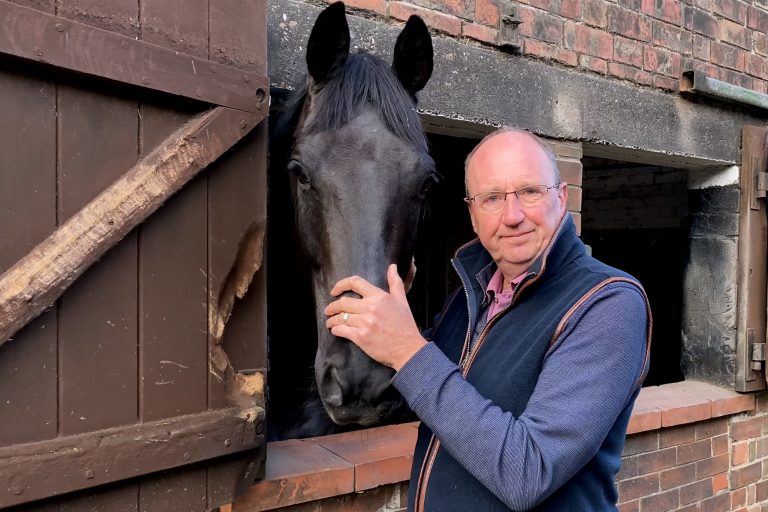 Three well-known celebrities have come together to offer their support of World Horse Welfare’s Welfare Line appeal which this year’s The Big Give is featuring until midday on 8th December during its #ChristmasChallenge20. You can donate to the appeal here.

A short video has been released that brings together the three names from sport and the screen as they explain why they support the appeal, and why it is so important – in such a difficult year – to support the vital work that World Horse Welfare does.

TV gardener, broadcaster and novelist Alan Titchmarsh is a supporter of World Horse Welfare and unknown to many his link with horses extends far beyond simply using their manure on his flowerbeds!

“Despite the pandemic, the work of World Horse Welfare goes on – it still needs to look after horses the world over and your support makes such a difference.”

Suzanne Dando BEM, former British Gymnastics Champion and Olympian is a patron of World Horse Welfare and loves riding horses herself. She has accompanied the charity during some of its projects overseas and is inspired by the diversity of work the charity covers in the UK and around the world:

“I’m passionate about horses and I recognise the incredible work that World Horse Welfare does in rescuing, rehabilitating and rehoming horses in need.”

World Horse Welfare patron and ambassador, Jonathan Agnew was filmed with the help of his wife’s beautiful horse Hero. ‘Aggers’ pointed out that each call to the Welfare Line can result in a horse in distress being given the care they desperately need, and that by donating during The Big Give:

The Big Give is the UK’s Number One match-funding platform specialising in bringing individuals, charities and philanthropists together to multiply their impact. The Big Give runs the Christmas Challenge, an annual match-funding campaign which raises millions of pounds for good causes. The Big Give’s vision is a world in which everyone is connected to causes and inspired to give to them.

Members of the public with first-hand concerns about horses are encouraged to call the confidential World Horse Welfare UK Welfare Line on 0300 333 6000 to talk to one of the team.

Donations via The Big Give can be made at here.

Veterinary aid, support and supplies co-ordinated and funded by BEU have made a difference to horses caught up in the conflict.

Thruppence was dangerously obese when she arrived

Thruppence has been transformed since she came into our care. Will you help other ponies in need this winter?