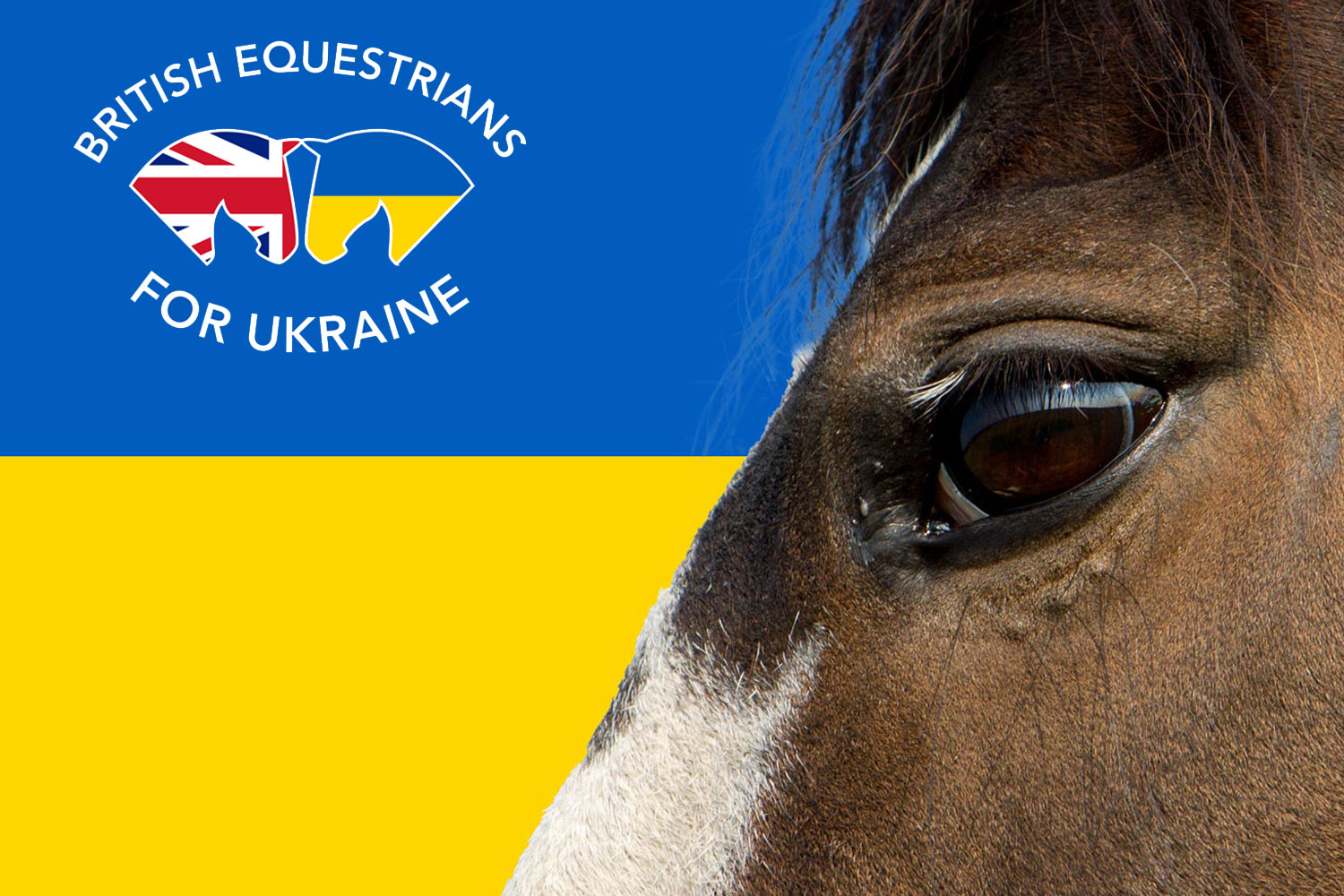 While intense fighting persists in the south and far east of Ukraine, the British Equestrians for Ukraine effort on the ground to ensure supplies get through for equines and their people throughout the country continues. So far, through the generosity of donation from public, private and corporate donations the British Equestrians for Ukraine Fund has raised around £250,000 which has already supported a variety of aid and action.

The urgent, critical need for bedding, feed and forage has lessened as we move towards summer and, thanks to continued donations throughout Europe, there is now a regular supply via Poland and into Ukraine to Lviv, where there is a temporary facility for distribution. A number of deliveries have come from the UK, both through British Equestrians for Ukraine and other sources, including racing trainer Gaye Kelleway, Ukraine Equestrian Relief, who’ve also contributed a great deal of humanitarian aid, and via support in Europe including a large delivery from of feed from PAVO, facilitated by Claire Williams of the British Equestrian Trade Association.

With the help of Dr Till Hörmann of Hörmann Equine, a mobile veterinary practice in Leicestershire, two deliveries of over £190,000 worth of vet supplies from the UK have arrived at the transit stables at Lesna Wola in Poland in the past two weeks, much of which has now been distributed throughout Ukraine. A number of items were donated, and some purchased at trade or discounted rates via the British Equestrians for Ukraine Fund.

“I travelled to the Ukraine-Poland border to try and assess the situation in person a few weeks ago and am in regular communication with vets in Ukraine to monitor requirements. Thanks to the combined efforts of BEVA, the American Association of Equine Practitioners and several other companies and individuals, we’ve managed to get a good quantity of much needed aid into Ukraine. We’re also helping with remote support by video call to help those in the various transit stables. The need for veterinary supplies will be ongoing but through the help we’ve facilitated, there’s a reasonable supply for the immediate shortages.”

British Equestrians for Ukraine has identified an increasing need for farriery support in Ukraine, and has started conversations with the Worshipful Company of Farriers in a bid to see what help can be provided and potentially funded.

“Our collaborative effort to back up the work done via the Ukrainian Equestrian Federation, FEI Solidarity Fund and others has brought some instant, short-term benefits and we’re extremely grateful to everyone who has contributed in any way thus far,

“The need for supplies, expertise, logistics and funding will be ongoing and we’re fully committed to the ongoing provision to help with funding, supplies and assistance wherever possible to minimize human and equine suffering. However, we are under no illusion that the situation in Ukraine will continue for some time, and we want to further support the Ukrainian Equestrian Federation and other partners to devise a longer term plan which supports their equine community fully.”

To donate to the British Equestrians for Ukraine, visit the dedicated page on World Horse Welfare. Remember, if you’re a UK taxpayer, you can claim Gift Aid on your donation which makes the money go further at no extra cost.

Elf has been transformed since he came into our care. Will you help other horses in need this winter?