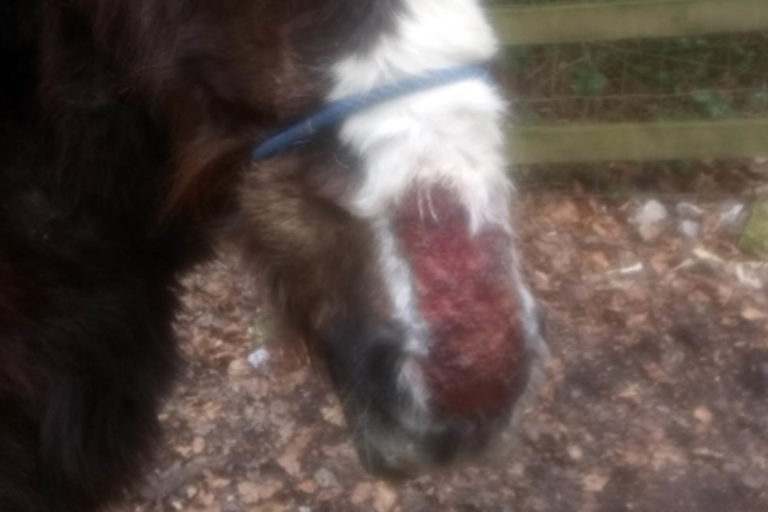 World Horse Welfare, is calling for witnesses who may have seen a man leading a pony along the B3080 near Downton in the New Forest after a pony was found dumped and suffering a horrific injury.

The young pony was discovered on Tuesday 24th April with much of the skin missing off the lower part of his face, emaciated and almost too weak to stand up, appearing to have been abandoned and left to fend for himself on Forest Road, near Morgan Vale. The pony had no microchip and as such could not be linked to an owner so World Horse Welfare is urging anyone with information to get in touch. There have been reports that a man was spotted leading a pony along the B3080 close to Morgan Vale and The Ridge, past the Woodfalls Post Office at around 10.30 on the Tuesday morning.

“Members of the public stopped to help this poor young pony and working with a vet and an Agister organised transport for him but unfortunately he was just too weak and very sadly had to be put to sleep.

“Leaving a horse or pony to suffer in this way is completely unacceptable.  We want to specifically hear from anyone who saw a man walking a pony on this route or from any business or property along the route that has CCTV, or perhaps a driver with a dash cam.

“Anyone with any first-hand information should call World Horse Welfare’s UK Welfare Line on 0300 333 6000.”