Dumped in a ditch at a day old, Charley is now ready for the world

Nine months later, she has recovered, recently been rehomed and can look forward to a bright future. 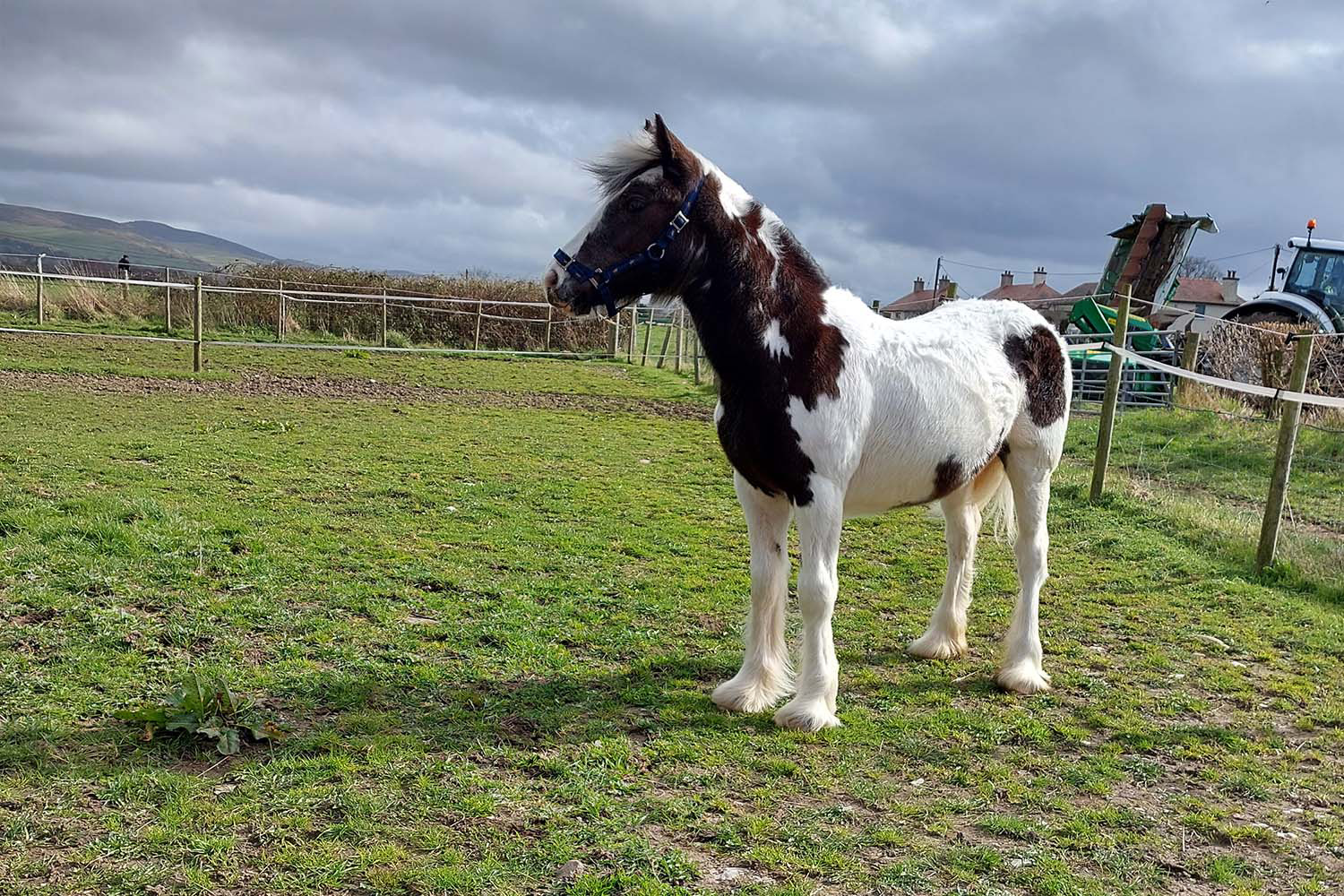 Charley was rescued from the ditch in Cheshire by the fire service and immediately moved to a veterinary hospital where she could be given life-saving treatment. Following improvement in her condition, two days later in June last year, she was transferred to Penny Farm, our Rescue and Rehoming Centre near Blackpool, Lancashire.

There was no response to attempts to find Charley’s owner, and her mother had been nowhere to be seen when Charley was discovered, so the team at Penny Farm began the long and intensive round-the-clock job of hand-rearing her, feeding her by bottle every two hours around the clock for several months.

By August, Charley was strong enough to begin spending time out in a paddock with some of the other youngsters at Penny Farm, where she began to learn how to properly interact with other horses. It took Charley a while to relax around other horses but thankfully she soon became firm friends with some of her companions, including another orphan foal.

Charley went from strength to strength and earlier this month she was ready to leave Penny Farm and begin her new life with her rehomer. Going initially as a youngster and companion to rehomer, Sian’s, other horse, Charley has settled in remarkably well and her cheeky side already shines through. Sian said:

“It’s remarkable, within 10 minutes of meeting my other horse it was like they’d always been together, grazing together but happy to go their own ways.

“She’s very playful and yesterday she tipped over the full wheelbarrow after poo-picking the field and then she waited until I’d refilled it and did it again! Having learned that trick she got bored and wandered off! She makes us laugh so much and we absolutely love her!”

When asked what her plans for Charley were, Sian said:

“We are so looking forward to the future with her, especially after she had such a hard start in life. We are going to take her out for walks to get her used to seeing different things and when she is old enough we are hoping to back her, so that she can be ridden and enjoy hacking around the local countryside.”

Rehoming a horse is an immensely rewarding experience. Most of the rehomed horses have had difficult lives before coming into the charity and rehoming offers them a vital second chance, as well as making space in the farms for more horses that desperately need help.

Our rehoming website sets out the rehoming process clearly and makes applications straightforward. Rehomers receive an honest assessment of their chosen horse and their capabilities, as well as ongoing support and the reassurance that if their circumstances change, the rehomed horse can be returned to us. Visit our rehoming site here.

Rehomed pony proves herself ahead of Christmas by winning her first competition!