A foal found dumped in a field has survived against the odds and now World Horse Welfare is calling for information. 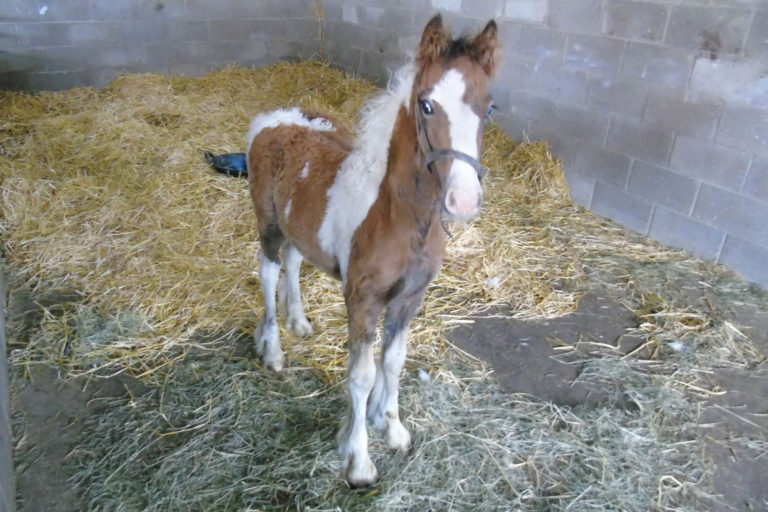 A six-week old foal found dumped in a field on the outskirts of Swaffham in Norfolk has survived against the odds and is now in the care of World Horse Welfare. The charity is appealing for information and is keen to hear from anyone who may have seen the foal previously or spotted anything suspicious in the area.

The skewbald colt foal, who has one very distinctive blue eye, was found by the owners of the field when they were tending to their sheep on the morning of Tuesday 31 July. They contacted World Horse Welfare who immediately collected the foal and took him to a safe yard where he is receiving the care and attention he needs.

“At such a young age this poor little chap should still be with his mother. It’s lucky he was found relatively quickly as had he been left for much longer, especially in the extreme heat we have had, it’s unlikely he would have survived.

“Horses are not normally weaned until six months of age but this little foal is clearly a fighter. We bottle-fed him for a couple of days and he has now learnt to drink milk from a bucket and is doing very well.”

The foal will remain with World Horse Welfare and in time will be introduced to other youngsters at the charity’s Norfolk centre so that he can learn how to socialise and behave naturally within a herd.