World Horse Welfare and British Horseracing’s official charity, Retraining of Racehorses (RoR), have agreed to collaborate on a pilot scheme. 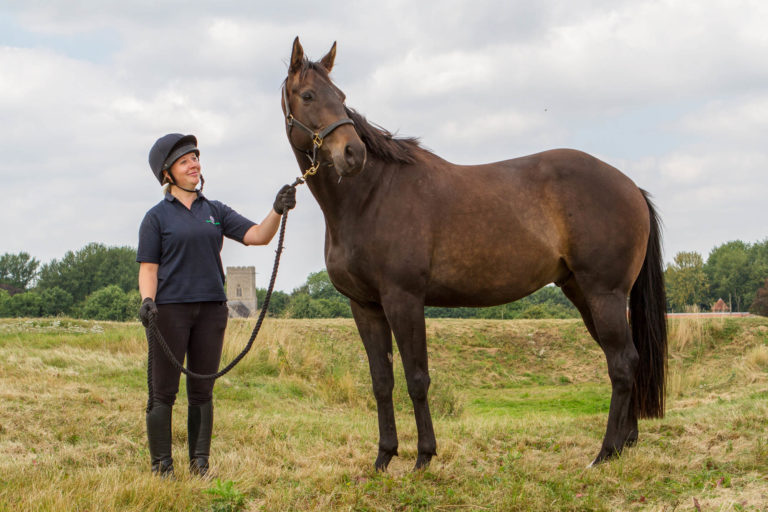 World Horse Welfare and British Horseracing’s official charity, Retraining of Racehorses (RoR), have agreed to collaborate on a pilot scheme that would see the international charity retrain ‘vulnerable’ former racehorses at its Norfolk Rescue and Rehoming Centre, Hall Farm.

The aim is for World Horse Welfare, who are independent welfare advisers to the British Horseracing Authority and the International Equestrian Federation, to use its expertise in preparing horses for new lives in loving homes and rehome them through its rehoming scheme – the largest of its kind in the UK. The pilot is being completely funded by RoR and this service is in addition to World Horse Welfare’s existing UK rescue and rehoming operations.

“Racehorses are generally extremely well cared-for, but after they leave racing they can be as susceptible as any other horse to the vagaries of the market or uncertain futures if they cannot find good homes. World Horse Welfare is adept at helping vulnerable horses make the transition to new environments, so it was natural to want to apply this expertise to help former racehorses. We can provide them with the retraining they need, and find them new homes – but as World Horse Welfare will retain ownership of the horses (as we do with all of our horses), they will have a safe and secure future with us. We see this as an excellent way to expand the offering of our rehoming scheme – rehome a Thoroughbred to ride and some companion Shetlands at the same time. It is also a demonstration of our support for the responsible use of horses in sport – and we really hope it is a success.”

The charity says that if the pilot is successful it is very possible that the scheme could extend to its four Rescue and Rehoming Centres across the UK. The idea is to increase the geographical spread so that former racehorses can be available to more of the charity’s experienced re-homers.

“In recent years we have seen a notable increase in the value of and demand for former racehorses as more and more people have become aware of their versatility and the activities available to them across a range of disciplines from dressage to polo. At RoR we have always sought to ensure there is a safety net in place to catch any vulnerable or unwanted horses in time to help find them a safe and secure home. So, in addition to the centres that already receive RoR funding, we are delighted to be working with World Horse Welfare and to be able use their extensive experience and expertise. The goals of both charities are the same in terms of wanting to ensure that those animals which provide so much pleasure on the racecourse are suitably catered for when their racing career is over.

“What RoR was lacking was an even geographical spread of locations equipped and resourced to deal with former racehorses and we hope this pilot scheme will in time open the door for RoR to work with all of World Horse Welfare’s Rescue and Rehoming Centres.”