A survey showing the dramatic effect of Covid-19 on horse rescue organisations has fuelled fears of a worsening equine welfare crisis. 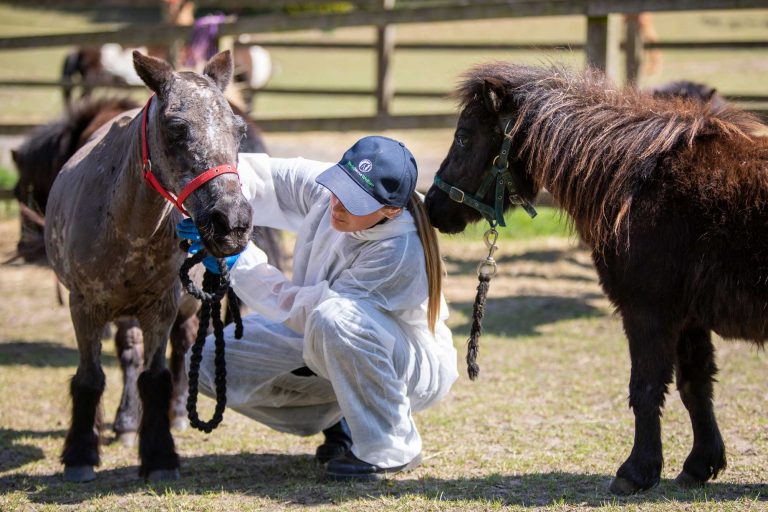 A survey, intended to assess the impact of Covid-19 on animal rescue organisations, has shown that across the equine rescue sector there has already been a significant negative impact. It also highlighted that the full effect of Covid-19 will likely not be felt until winter when numbers of welfare cases are expected to rise further when caring for equines becomes more resource intensive, with increased costs.

The survey was run by National Equine Welfare Council (NEWC) and The Association of Dogs and Cat Homes (ADCH). The equine part of the survey was sent out to 37 NEWC members, including World Horse Welfare, as well as an additional 126 other equine rescues (42% of which are multi-species organisations, taking other animals as well as equines). Of these, 74 responded, giving information on their operations, funding and sustainability.

Roly Owers, CEO of World Horse Welfare a member organisation of NEWC which analysed the results of the survey, said:

“What we have experienced here at our four Rescue and Rehoming Centres has been repeated across the other horse rescue organisations. Even with no visitors, diminished income and no rehoming we were still looking after over 350 animals on a daily basis. Thankfully, since rehoming began again we have rehomed record numbers, but we are expecting to see increasing numbers of welfare case admissions in the coming months.”

“There are around 850,000 equines in the UK and even before the Covid-19 pandemic hit, at least 7,000 of these were considered to be ‘at risk’ with regard to welfare. There are a number of drivers, including over-breeding across the sector and a lack of enforcement contributing to an equine crisis which has lasted almost ten years and should now be recognised as a failure of the system. Covid-19 will likely exacerbate this, potentially placing additional pressure on an equine welfare sector that is already operating at capacity.”

Over 83% of rescues reported that restrictions have had a negative impact on fundraising, with more than half reporting a reduction in income of over 50%. Organisational size was no immunity to impact, with all organisations from the RSPCA to the smallest rescue centres under intense pressure. More than four in five respondents had closed their premises to the public and all those with shops had closed them – a key source of income for many. More than 40% had furloughed some staff and although many equine rescue centres rely heavily on volunteers, over 70% reported they had had to reduce or stop all volunteer help.

At the time of the survey two-thirds of centres had reduced or stopped rehoming their horses, ponies and donkeys, and although most have begun rehoming once more, almost all of the centres are already operating at, or above, full capacity. Despite this situation, 62% of equine rescues continued taking the most urgent welfare cases during lockdown.

The equine welfare sector continues to work collaboratively to ensure effective identification of concerns and practical solutions to the welfare challenges that have, and will, result from the Covid-19 pandemic. NEWC and World Horse Welfare have helped establish the Equine Emergency Rescue Fund with PetPlan Charitable Trust, which has given out its first grants to equine welfare organisations with further funding rounds planned for at least July and October and possibly for longer.

NEWC and member organisations are also working with the UK Government and the Devolved Administrations to press home the gravity of the situation and ask for their support, including grants for rescue organisations and ensuring adequate funding is available to Local Authorities so they can support welfare organisations where needed.

Could you offer a home to a rescue horse or pony? Check out our rehoming pages to see all our horses and ponies who are ready to find new homes now.