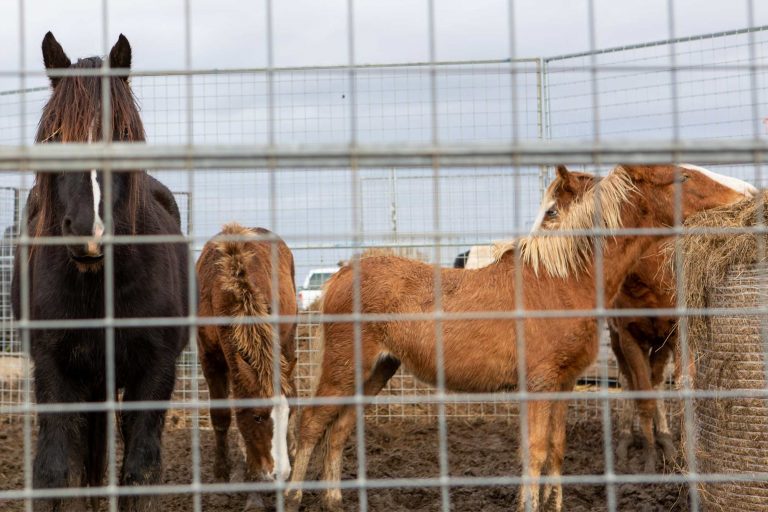 Seven leading animal welfare charities are calling on the public and the government for support this winter to help them cope with an expected surge in equine welfare cases due to the pandemic, as they release a joint report, Britain’s Horse Problem.

The report highlights how the pandemic has impacted welfare charities and is expected to create significantly more equine welfare problems when charities are least able to cope with them, against a backdrop of a ‘broken system’ which allows thousands of horses to become at risk of suffering each year. The report includes recommendations for owners, the public, government and enforcement agencies to fix this system, and mitigate what is feared could be a ’horse welfare catastrophe’ this winter and beyond.

“Issues such as overbreeding, neglect, accidental breeding and the ever-rising cost of keeping a horse (it can cost hundreds of thousands of pounds across their lifetime) have all combined to create the perfect storm for the equine world.

“We all need to pull together in order to help the plight of vulnerable horses, ponies and donkeys who will fall victim to the new layer of problems the equine world faces in the months and years to come. I think it is all our responsibility to care and help these animals whether we are horse owners or not.”

“The demands on welfare charities which seemed so acute in 2012 with the ‘horse crisis’ have continued unabated, so this is no longer a crisis but the ‘new normal.’ Equine welfare charities have been overstretched trying to help as many horses as possible, grappling with crisis management to the best of our ability over the past seven years, but Covid could push us over the edge.

“With such a challenging winter ahead, now is the time to highlight to the public and government that we see a grim equine welfare storm brewing, and that we urgently need support to cope with it. It is as important as ever to better tackle the root causes of this systemic scourge and change the system to better protect horses and to truly hold owners to account.”

The number of horses requiring help from the c.200 equine rescue and rehoming charities in England and Wales continues to outpace the more than 11,350 spaces already provided, and the number of reports from the public regarding poor equine welfare remain persistently high. There are more than 7,000 horses on charities’ radar as being at risk of neglect or abandonment. Members of the National Equine Welfare Council (NEWC – which includes most of the largest charities) continue to take in more than 2,000 horses each year, with 2,347 admitted in 2019.

“While equine charities have taken in thousands of horses each year, horses are being put at risk at least at the same pace as we are collectively able to rescue them. It’s like trying to drain a bath with the taps still on, no matter how much water escapes down the drain the water level remains unchanged. Covid could make the bath overflow.”

A follow up to the 2012 and 2013 reports highlighting the ‘horse crisis’ which arose after the 2008 financial downturn, the report welcomes changes to the law since 2012 on addressing fly-grazing and equine identification but highlights systemic failures of horse ownership and enforcement. It also says that wider regulation of equine establishments is needed as many large rescue cases now arise from purported sanctuaries or commercial businesses.

Horse owners and the public are also asked to consider their own responsibilities, when caring for their animals or giving to rescue charities.

“If you are struggling with horse ownership, reach out to a charity who may be able to help offer support and guidance before the problem spirals out of control. We also urge members of the public to give to reputable welfare charities this winter but do your homework. Is the rescue organisation a genuine charity? Do they meet basic welfare standards for the animals they care for? Just a little consideration before you give can make sure you have the impact you want.”

An example of how the different organisations work together for the benefit of the animals is illustrated by Jack’s story. Jack, a Fell pony (a rare native British breed), was found in an emaciated condition and dealt with by Cathy Hyde (BHS). The RSPCA case was heard at Blackpool Magistrates Court and the owner was sentenced on the 3rd November 2020.

The Magistrates were shocked by Jack’s emaciated condition. They also took into consideration that the owner had ignored the advice and concerns that Cathy raised on her initial visit and that he had refused Cathy’s offer of assistance to have Jack checked by a vet to investigate why he was underweight and ultimately became emaciated. Jack’s owner was disqualified from keeping any animal for life and he was fined and ordered to pay costs. Jack has continued to gain weight and has now been transferred to the Blue Cross where they are hoping he will find a companion home on their loan scheme.