When does use become abuse with horses? World-class gathering tackle complex question

Trying to identify and define where use of horses becomes abuse was explored at World Horse Welfare's 25th conference. 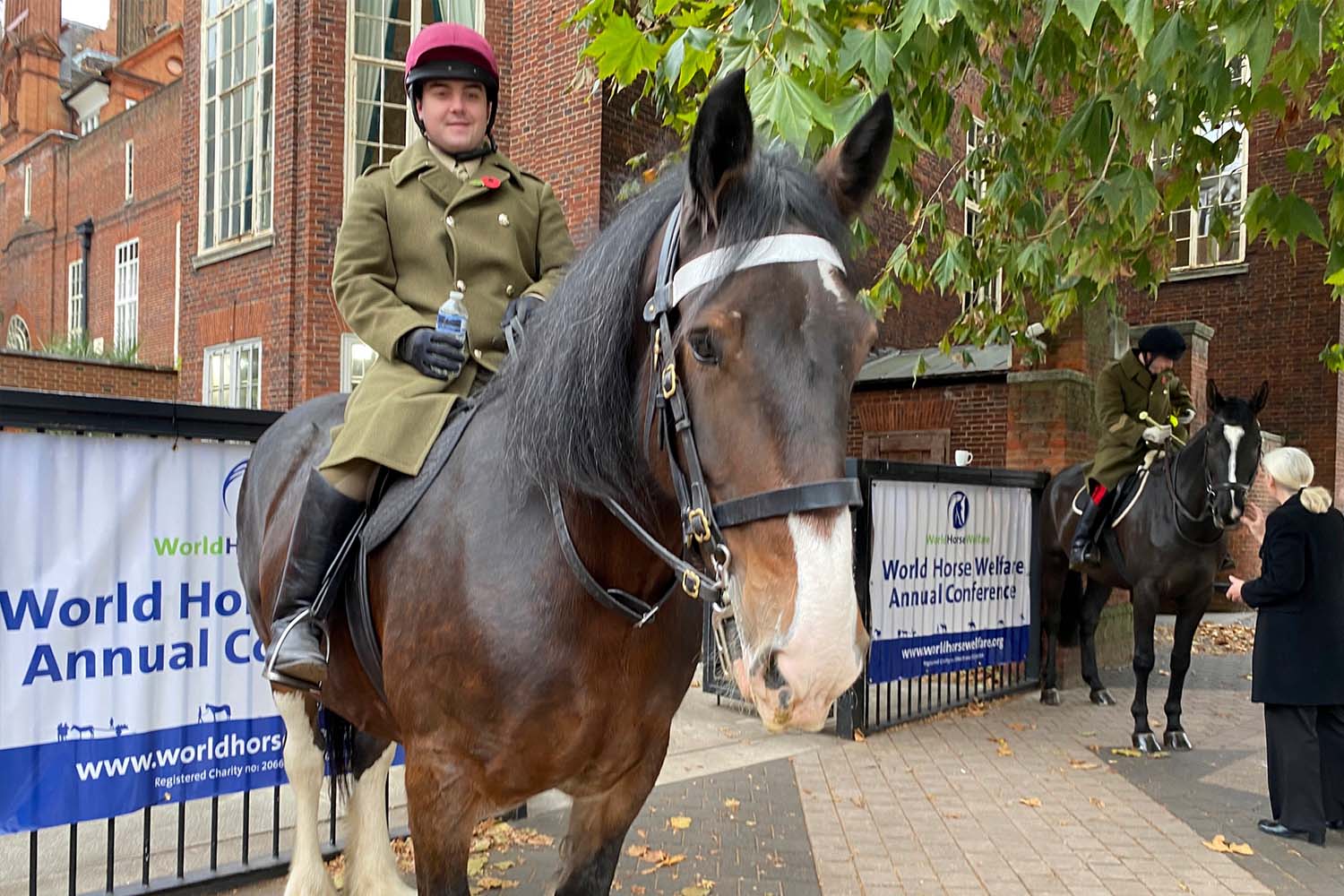 Society’s values are changing, animal welfare is becoming an ever-higher priority and some aspects of the horse/human relationship have recently come under the spotlight.

“Society is increasingly suspicious of traditional uses of animals and, thanks to science, we know more especially about what horses need and how what we do impacts on them.”

“Today our focus is on leading the debate on what can be done to establish an even stronger horse/human relationship, and a fairer partnership. This applies to all the horses we help – be they horses in need, sport and leisure horses or horses used in work and production.”

Her Royal Highness The Princess Royal, World Horse Welfare President and participant at all 25 of the charity’s conferences, summed up the event by highlighting the complexity of the topic, but also reminded the audience that horses and humans had been together for thousands of years, and horses have been bred during that time to exist with us, working together.

The first session illustrated the diverse range of uses that horses have around the world. Mark Wentein, Chair of the European Horse Network, began with an exploration of the roles of the more than seven million equids in Europe. He highlighted the Bruges horse cab service as an example where welfare of the horses has been central to the industry’s development.

“Horses have a long tradition in working, but there hasn’t always been a good reputation on welfare, however, much has changed with new regulations and new ways of operating. Today there is a professional cab service for Bruges tourists. These are supervised by city and official vets and are advised by animal welfare groups.”

Tamara Tadich, Associate Professor at Universidad Austral de Chile examined working horses and their relationship with the many millions of people globally who rely on them. Despite many peoples’ assumptions:

“Most working equid caretakers are aware of their equid’s needs. They try their best to keep their working animals in the best condition that they can. If they don’t have a horse, they cannot work. Most owners understand that they need an equid in good welfare to work and maintain their livelihood. And most consider their horses as part of the family so they don’t want their animals in bad condition and that is also something that we need to acknowledge.”

Tamara also pointed out that the welfare of working equids and their caretakers are interlinked and animal welfare cannot be considered on its own or from a single point of view. Despite not being explicitly identified in any of the 17 Sustainable Development Goals, working horses are integral to at least six of them.

Matt Brown, US five-star eventer, tackled an area that may be more familiar to many in the audience: training and riding horses for sport and leisure. He likened the current social licence movement in horse sport to the #MeToo movement:

“Things that used to be common practice and done in a not-so-secret way, maybe behind closed doors or behind the barn are not acceptable anymore. Instead of trying to defend some of those common practices, we need to do better for the horses. We need to be willing to call out that behaviour when we see it”

After the morning break, two talks from outside the equestrian world gave a different perspective and proved food for thought. Lee Cain, Founder of Charlesbye Strategy and previously Director of Communications at No. 10 Downing Street for Prime Minister Boris Johnson, emphasised the importance of understanding what the wider public believes.

“If you are going to change public opinion you need to understand other things to begin with. You need to use research, where are they on your particular issue and think critically, why do they think that?” Referring to social licence and equestrianism he said: “You can either shy away from these issues or turn these risks into opportunities.”

Claire Bessant, former CEO of International Cat Care then explored use versus abuse in a different species. With some species-specific differences there was a significant overlap in issues and perception and Claire pointed at the tendency to anthropomorphise animals:

“People want to cuddle with their pets, even if their pets don’t want it. It’s not the cat’s choice to be a pet, it’s our choice. We need to be honest about what are cats’ needs and what are human needs”

“We need to come together and collaborate as an industry, but also listen to outside views as well and take these onboard and keep doing the research”

Summing up the conference, Roly Owers acknowledged that this is a complex topic and that there are no clear-cut answers: less black and white but more shades of grey. Traditional equestrian practices had been mentioned several times and Roly cautioned:

“We shouldn’t always think that tradition is bad and new fads are good, it is not that simple…but we need to invest in the research and we do need to be open-minded, to challenge the status quo and where change needs to be made, we make it.”

World Horse Welfare would like to thank the headline sponsor of the Conference, The Sir Peter O’Sullevan Charitable Trust, and the event’s other supporters, the Horseracing Betting Levy Board and Equine Register for their pivotal involvement in helping make the Conference possible.

The conference was also broadcast with Spanish and French subtitles and the entire conference is available HERE to watch at any time.

We offered support to equestrian disciplines as we challenged them to work together to "do more, faster” to demonstrably prioritise equine welfare.

Charities combine strength for the benefit of horse welfare