The funds raised will support expanded projects to provide training for communities in rural Haiti to improve care for their working horses and donkeys whilst strengthening their livelihoods and independence. 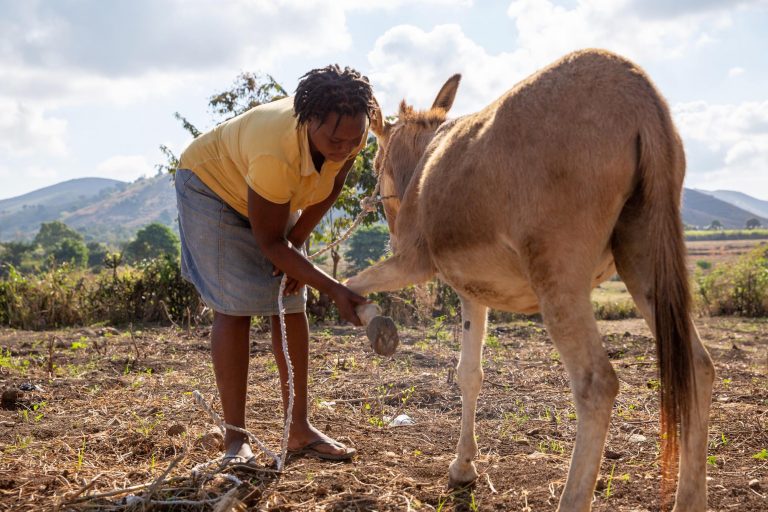 World Horse Welfare is grateful to the public for its ‘staggering’ support for the charity’s Helping Horse Owning Communities in Haiti appeal, which raised £826,153.74 including £396,988.44 of match-funding from the UK government.

The funds raised will support expanded projects to provide training for communities in rural Haiti to improve care for their working horses and donkeys whilst strengthening their livelihoods and independence.

“This is a staggering outcome. I extend my heartfelt thanks to everyone who donated and all those who gave their support to promote the appeal including Horse & Hound, The Eastern Daily Press, Scottish Farmer and the Daily Mail.

“This hugely encouraging result will not only allow us to fully fund our expanded project in Haiti but also to provide crucial support for several other of our projects in countries such as Nepal, Zimbabwe and Nicaragua.”

World Horse Welfare’s project in Haiti aims to directly reach 2,000 households in 10 rural communities surrounding Port-au-Prince. The charity plans to share knowledge with horse owning communities and provide training in saddlery, horse care and veterinary treatment. Not only will the project support owners in improving the health of their working horses but it will also open up income generation opportunities for local people to train as veterinary agents, saddle pad makers and saddlers.

Working horses, donkeys and mules are an essential mode of transport for rural communities in Haiti – carrying produce to be sold at markets, ferrying water for livestock and transporting children to school. Learning how to keep their horses strong and able to work is important to the people who depend on them and World Horse Welfare’s project will help communities learn new skills that can be passed down from generation to generation.

Work is now starting with the UK Government’s Department for International Development (DFID) – now called the Foreign, Commonwealth & Development Office (FCDO) as of 2 September 2020 – to review the detail of the original Haiti proposal. A key challenge is the ongoing security situation in Haiti with growing civil unrest: “This will inevitably mean that we will need to make changes to our original proposal but DFID have plenty of experience of working in hugely challenging environments,” explained Roly.

Since the appeal started, World Horse Welfare has been conducting baseline studies to identify which communities to work in and have been collecting information on working equids, their welfare and their intrinsic link to livelihoods.  As with all their international projects they are also completing due diligence assessments with their partner agency in Haiti, Fondation Quatre Pattes, to make sure the project has good governance and safeguarding measures built in.

“We are starting the next chapter in a very exciting journey for World Horse Welfare and our work in low- and middle-income countries. Thank you again for helping make this possible and we look forward to updating you on progress.”

“Working horses are a lifeline for rural communities in the developing world. World Horse Welfare’s project in Haiti not only helps protect the animals, but also provides jobs, and boosts economies.  I am delighted UK aid has matched the generous donations by the great British public – boosting the total raised to over £825,000.”

Find out more about World Horse Welfare’s work in Haiti.

Celebrities Alan Titchmarsh, Suzanne Dando and Jonathan Agnew explain how one donation has twice the impact during the Big Give.