20 horses rescued from a life of misery

Twenty ponies rescued from a scrap yard can finally look forward to a happy and secure future, thanks to the hard work of World Horse Welfare. 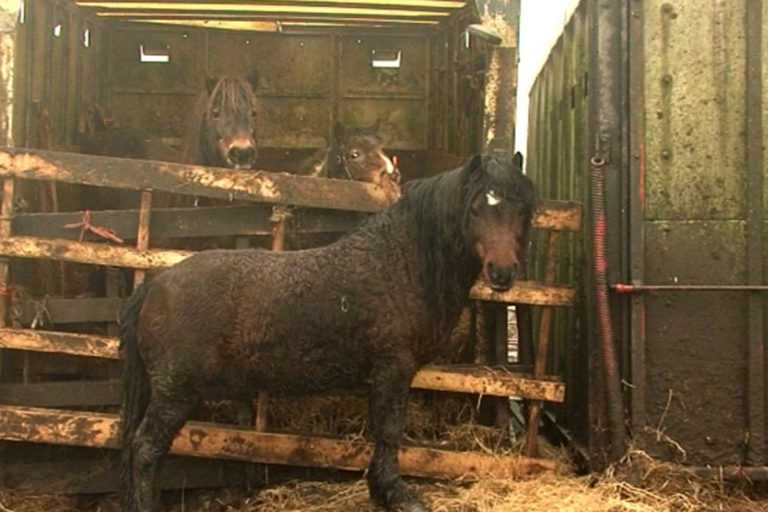 The group which consisted of mares, nine stallions and youngsters were a mixture of Shetlands and other native breeds and had been living in dangerous and squalid conditions for many months in the Lea Town and Rosemary Lane areas of Preston.

The stallions had been left to fight each other and breed indiscriminately with the mares, many of which had foals at foot and were pregnant again.

World Horse Welfare Field Officer Chris Williamson, along with the RSPCA, were alerted to the plight of the ponies last year following a call from a concerned member of the public.

Advice was given but on a repeat visit Chris discovered that conditions had deteriorated and the owner was issued with an Improvement Notice, giving him 21 days to improve the ponies’ living conditions.

“The site the ponies were living in resembled a scrap yard and the owner had been given numerous chances to improve the conditions. After he failed to act on the Improvement Notice we issued, we had no choice but to step in and remove the ponies.

“Wading through thick, putrid mud and living amongst broken glass and jagged metal had been the only existence that many of the ponies had ever known. One pony was found with a three inch nail embedded in its foot and we even found a mare and foal caked in their own faeces, forced to live in a cramped, filthy lorry container.”

On 28th January 2009, a team from World Horse Welfare and the RSPCA, filmed by a crew from the BBC Show ‘Animal:24/7’ successfully removed all 20 ponies and transported them the short distance to the charity’s Penny Farm Recovery and Rehabilitation Centre in Blackpool.

The ponies thrived and four foals were safely born in the charity’s care, but their future security hit a snag after the owner died and a decision on ownership was left to the executors of his estate.

“After a long wait, it was fantastic to finally hear last week that all of the ponies will be officially signed into our care. This is great news, not only for the ponies, but also for the staff who have dedicated so much time into caring for them since January. It also means that we can now tell the story of their rescue and invite members of the public to come and meet them.”

World Horse Welfare Penny Farm is open from 11am to 4pm every Wednesday, weekend and Bank Holiday and entry is free.