Charity calls for information after three horses are found dumped in less than three weeks. 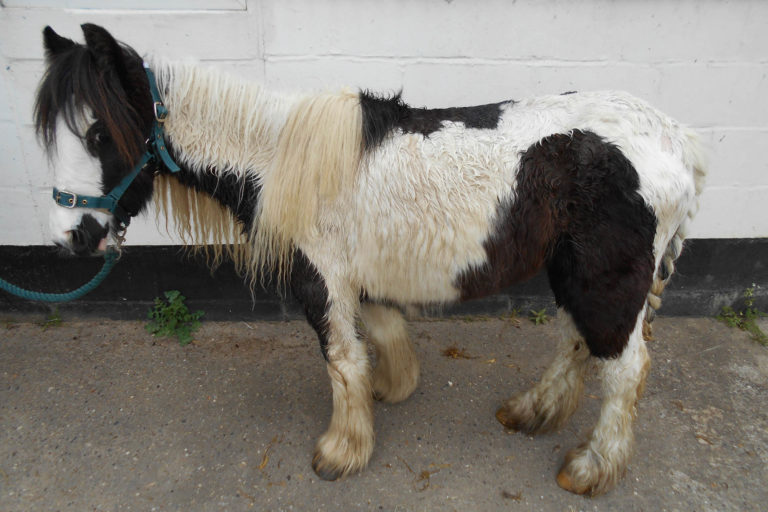 World Horse Welfare is calling for anyone with information to come forward after three horses have been found dumped on separate occasions in the Swaffham area of Norfolk over the last few weeks.

A young colt named Jimmy was the first to be discovered in the Castle Acre area on 1st April, followed by another in Necton a couple of days later and then another young filly, now named Doris, also in Castle Acre on or about 10th April.

Jimmy was discovered wandering the roads on the outskirts of Castle Acre, very weak and with terrible diarrhoea most likely caused by worm damage. Even though he received emergency first aid and medical care following his rescue thanks to Redwings Horse Sanctuary, he sadly passed away due to the severity of his condition and neglect.

Doris was also suffering from diarrhoea; added to this she was emaciated and had bad rain scald along her back, a skin condition caused by poor care.

Whilst Jimmy sadly did not make it, thanks to the expert care and attention received, the other two ponies are both doing well and improving each day. Doris recently travelled to World Horse Welfare’s Hall Farm Rescue and Rehoming Centre where she is now in the charity’s ownership and the other filly is receiving care locally.

“This really is a terrible situation of vulnerable horses being dumped when they are extremely poorly and in need of medical care. Whilst Jimmy did have a microchip, this was registered to a past owner and so we are keen to find out who is responsible for these horses and for the appalling acts of abandoning them in this way.

“Sadly, it was too late for Jimmy but if anyone has any information or has seen anything suspicious in the local area then I would urge them to come forward. Every piece of information can help us in finding out who is responsible and hopefully in preventing any more horses ending up in a similar situation. Castle Acre appears to be a dumping ground with other colts being left over the last few months. It has to be stopped.”

Anyone with any information or who may have seen anything suspicious in the area where these horses were dumped should call World Horse Welfare’s welfare line on: 0300 333 6000 or the RSPCA 24/7 Cruelty Line on 0300 1234 999

With use of the whip becoming an increasingly hot topic, we all need to decide whether this is indeed acceptable – and, if so, why, how, and when?