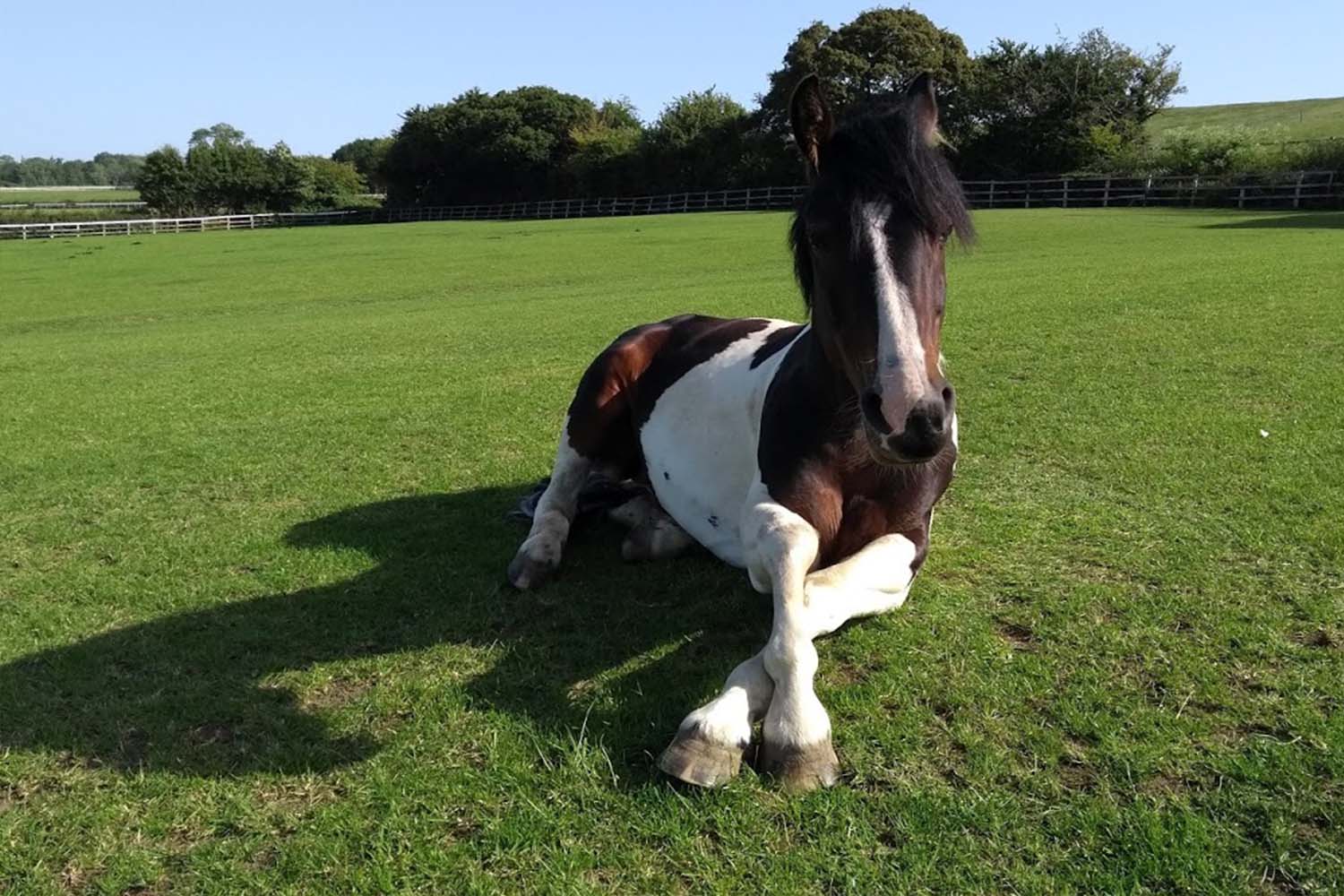 Handsome 12-year-old horse, Paddy, was totally shut down to human interaction when he was rescued but now, four years later, he is helping troubled humans regain their confidence and rebuild their lives, and is the star of a video recently released by World Horse Welfare on therapy horses.

Paddy was awarded into the care of World Horse Welfare when his owner was found guilty of neglect under an offence of the Animal Welfare Act. He was cared for at Glenda Spooner Farm, the charity’s Rescue and Rehoming Centre in Somerset, for almost a year before he was fit and healthy enough to be rehomed.

“We are really beginning to recognise that there are many more jobs that horses can do, not just the traditional ridden, driven or companion roles. Using horses in a therapy environment is becoming more and more popular because people are recognizing what kind of valuable input the horse can have on human lives. It’s about looking after the partnership and that special relationship that horses can have with humans.”

Penny Baker, the World Horse Welfare Field Officer who was involved in the initial assessment and rescue of Paddy

“The great thing about horses is that they are incredibly healing and empathetic to be around. We work with them to help our clients rebuild their confidence and self-esteem, to gain emotional resilience, improve their ability to communicate and just generally go away feeling uplifted by having spent time with these wonderful creatures.”

Paddy joined two other horses at the centre who had also been rehomed from World Horse Welfare: Blackie and Exmoor pony, Tommy, who has been with Susie for twenty years.

“We work with victims of domestic abuse, previous offenders, people with alcohol and substance misuse issues, young people with anxiety and depression. The wonderful thing about horses is that what we do with them works with a whole variety of people because it gets right down to the core, the lack of self-esteem, the lack of confidence that people come with.

“Paddy, Blackie and Tommy show the great power of horses to heal people. It’s beautiful to see the horses interact with people, they don’t judge you. All three of these horses come from traumatic backgrounds themselves. They bring a lot to the therapeutic process because they’ve got the lived experience, they’ve been there, got the t shirt.”

Welsh pony gelding Clyde came into our care severely neglected but has been transformed to take Reserve Champion Rescue Pony at Equifest this year.