"A good day for animal and equine welfare." 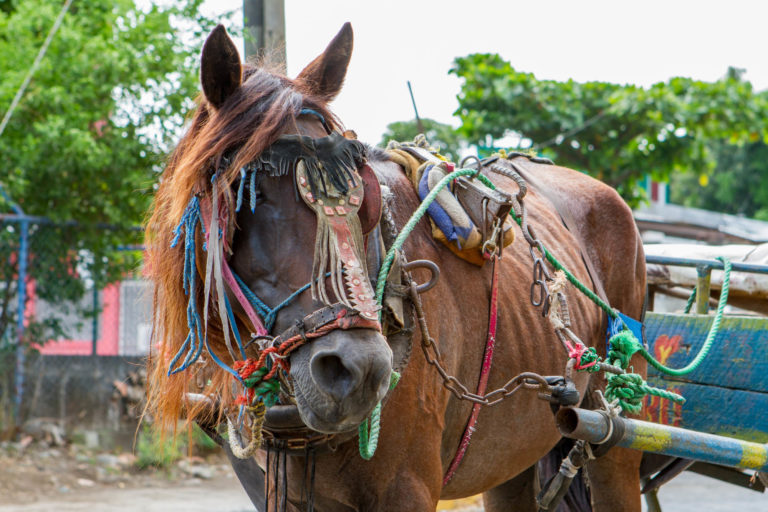 The International Coalition for Animal Welfare (ICFAW) is pleased to announce the adoption by OIE Member Countries of a cooperation agreement between the World Organisation for Animal Health (OIE) and ICFAW in Paris last week. This agreement will further advance this close working partnership to help improve animal welfare globally through the effective implementation of OIE animal welfare standards and guidelines.

As members of ICFAW, The Donkey Sanctuary and World Horse Welfare welcomed the agreement, which will further advance the close working partnership to help improve animal welfare globally.

“In recent years ICFAW and OIE have established excellent collaboration and many ICFAW members are supporting and participating in OIE lead initiatives developed to assist implementation. We are delighted that in this General Session a formal cooperation agreement between ICFAW and OIE has been adopted and we believe that by working together we can better meet the animal welfare challenges ahead and promote good animal welfare practices, which ultimately benefit animals and people.”

“The agreement gives us more influence, official status and a formal platform to engage directly with the OIE and to participate in its activities. Most of the OIE animal welfare-related activities now aim to focus on the UN Sustainable Development Goals (SDGs).”

World Horse Welfare has been a member of ICFAW since 2013 and The Donkey Sanctuary since 2017. In April of that year, the charities, along with Brooke and SPANA, also formed the International Coalition for Working Equids (ICWE) to specifically focus on equine welfare within the OIE.

During the 86th OIE General Assembly this week, ICWE also signed an agreement with the OIE to formalise their joint partnership. As an example of their work, ICWE will be organising joint workshops on working equids with the OIE in Brazil and Lesotho later this year. Valentina adds: “This is unprecedented and a new era for The Donkey Sanctuary.”

“This is a great day for animal and equine welfare. As a member of ICFAW, World Horse Welfare is delighted that the OIE has formally recognised our coalition as a partner in helping to set and improve animal welfare standards worldwide, particularly those regarding horses, donkeys and mules. We are also pleased that a letter of intent between our specific working equid coalition and the OIE was signed this week, firming up our partnership in helping to implement the OIE chapter on working equids which is so necessary to help improve knowledge of how best to care for over 100 million working horses, donkeys and mules which sustain livelihoods across the world.”

The Donkey Sanctuary has also been promoting The Clinical Companion of the Donkey, a new professional textbook that concentrates on the differences in the equine species that are unique to the donkey. It is hoped this valuable resource will disseminate information globally to educate and improve the health and welfare of donkeys worldwide.