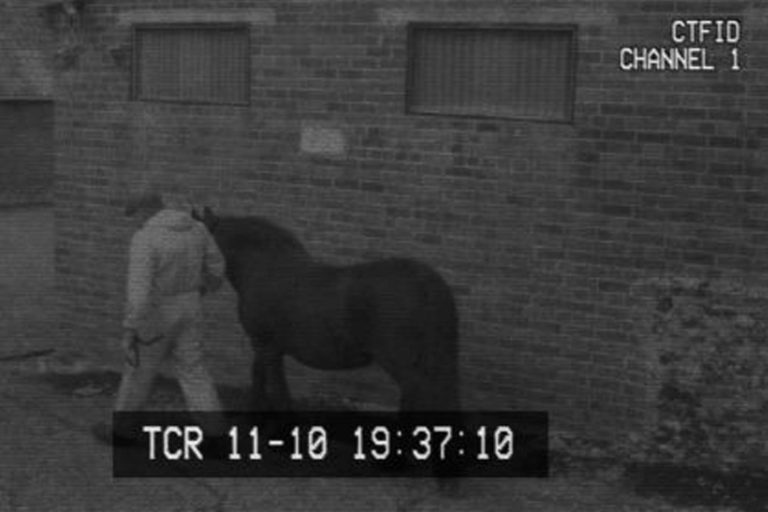 World Horse Welfare launched a campaign to make CCTV or other recording technology a legal requirement in all of the UK’s equine slaughterhouses after it found almost three quarters of over 900 horse owners asked would not have confidence that horse welfare would be protected throughout the slaughter process.

In 2014, 4,515 of the UK’s horses ended their lives in a slaughterhouse and with no legal requirement for recording equipment, the process – if not witnessed first-hand by the enforcement authorities – is effectively ‘invisible’.

An undercover expose of inhumane slaughter practices at one UK abattoir in 2013 revealed a complete lack of regard for animal welfare and has severely rocked public confidence in slaughterhouses. More than 90% of horse owners asked would not use a slaughterhouse to end their horse’s life, while almost half of them would consider it an acceptable option if measures were in place such as CCTV which is constantly in operation and available to the relevant authorities for monitoring at any time.

Whilst sending a horse to slaughter may not be the preferred choice for most horse owners, World Horse Welfare believes it is essential this remains an available option, as other methods of ending a horse’s life can prove to be prohibitively expensive for some owners and the consequences of leaving a horse to deteriorate presenting a much more inhumane alternative. More than 40% of horse owners asked agreed that the costs of euthanasia are so high that the slaughterhouse must remain an option and nearly two thirds agreed that sending a horse to a slaughterhouse is better than letting them suffer.

Faye is a horse owner who has used a slaughterhouse as a method to end the lives of several horses. She said:

“Slaughter is a service which needs to be available. I have taken horses to a slaughterhouse both on behalf of friends and of my own accord and consider it an acceptable option, where the welfare of the animals was treated as a priority. We have had ponies that are completely un-rideable and so it is much better their lives are ended at a slaughterhouse rather than being sold on to have an uncertain future. There are horses and ponies that get passed from market to market, home to home for years because no one wants them or wants to make the decision to end their life and in my opinion this is a much worse alternative.

“I do understand that slaughter will not be the preferred choice for everyone and even have two horses of my own that I would not send to slaughter because I want to be with them at the end of their lives but nevertheless it needs to be available as an option. I feel that mandatory CCTV in all equine slaughterhouses would go a long way to putting peoples’ minds at rest that what goes on there is humane and has the best interests of the horse at heart.”

“We fully understand this is a very difficult subject many owners will prefer not to consider but we firmly believe, like our founder, that it must remain an option. There is very good regulation for protecting animal welfare at slaughterhouses s but there is little transparency in the process from the point a horse or pony arrives at the slaughterhouse. If CCTV or other recording technology is made a legal requirement in all equine slaughterhouses now and in the future, we can remove some of the ‘taboo’ around the subject and restore public confidence in slaughter as a humane and viable option.

“Recording could also provide a basis for training slaughterhouse staff, further improving their competence and the process to ensure horse welfare is considered throughout.

“We need as many people to add their support to this campaign and help us show the Government that this is an issue which cannot be ignored, is not costly to implement and helps owners meet their final responsibility to their horses to give them a good death.”

As part of its welfare at slaughter strategy, World Horse Welfare continues to examine the processes and facilities at equine slaughterhouses. The charity aims to visit all UK slaughterhouses in order to fully understand these considerations and identify best practice and training needs.