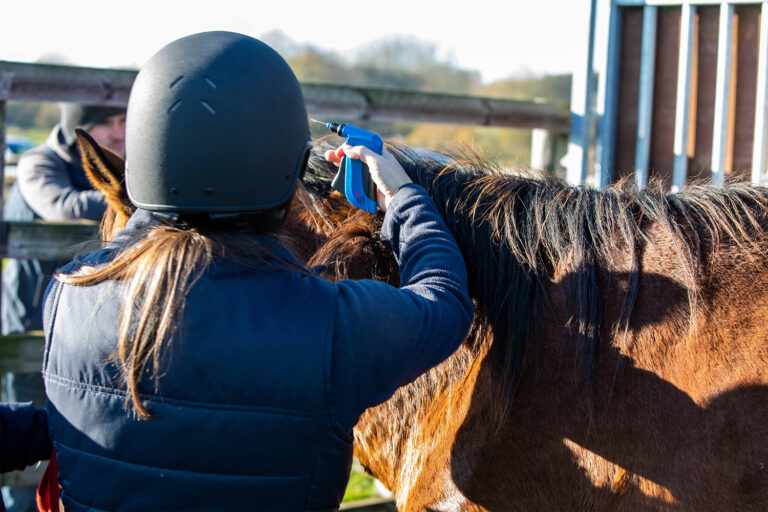 DEFRA acknowledges in the consultation that the data on the current Central Equine Database – which should contain up-to-date details of all equines resident in the UK – is inaccurate and incomplete, for a number of reasons, including the fact that horse identification documents (passports) are paper-based.

Among the proposals that DEFRA is consulting on is allowing equine owners and keepers to update their horses’ passport details online or via a smartphone app, free of charge.

“Ever since the 2013 horsemeat scandal we have highlighted the pivotal importance of a shake-up in equine ID. The current system is simply not working and having a simple, effective digital system is vital to underpin many aspects of the enforcement of animal health and welfare regulations, not least being able to trace a horse suffering from poor welfare back to the person responsible for it.

“DEFRA now has a fantastic window of opportunity to get it right and we encourage anyone connected to horses to take part in the consultation. By so doing, you will have your voice heard and be contributing to a change for the better for horse welfare.”

Anyone in England can respond to the consultation, which launched on April 5th, but the charity is cautioning that the consultation questions may not be easily accessible due to the technical language used. However, anyone wanting their say will have the ability to share their views through a simpler survey World Horse Welfare helped to develop and being launched by the British Horse Council very shortly. The aim of the survey is to collect the views of all those involved with horses and feed them back into the DEFRA consultation.

The consultation is only for England at this point in time, and World Horse Welfare is working with the equine sector to encourage governmental counterparts in Scotland and Wales to follow suit and develop an integrated, workable and efficient system with linkages between GB and the EU that will drive enforcement on non-compliant equine keepers and movements through an intelligence-led approach, whilst making it far easier for compliant keepers to keep the system up-to-date.

The consultation can be found HERE and details of the British Horse Council/World Horse Welfare survey will be released imminently.

New report reveals that almost a half of councils in England do not have a single Animal Welfare Officer in place dedicated to dealing with animal welfare issues.

Autumn worm control: which worms should you test for?

Field Officer Chris Shaw explains which worms you should be testing for in the autumn – and why it’s so important to test before treating.