We offered support to equestrian disciplines as we challenged them to work together to "do more, faster” to demonstrably prioritise equine welfare. 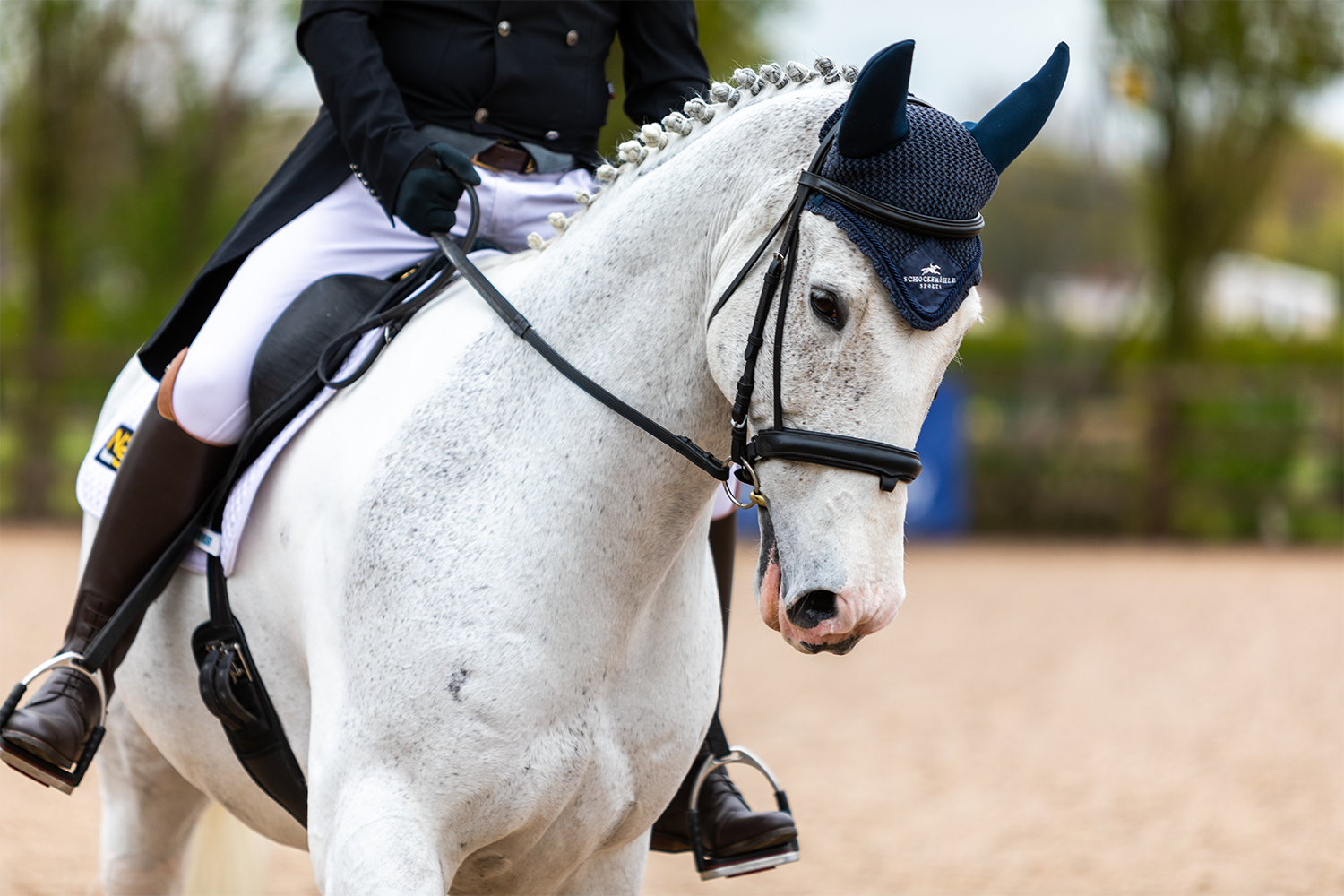 This challenge and offer to work with the horse sport world came at the end of an event that we hosted and that was attended by around 100 members of the equestrian world and the media, with an aim to highlight the challenges and opportunities faced regarding public perceptions of welfare in equestrian sport – and explore how they can be addressed. We support the responsible use of horses in sport and for several years we have been championing the concept that equestrianism can only flourish with public support – in other words – so long as it has a social licence to operate.

The results revealed by objective evidence of the public’s views through an independent survey that we commissioned through YouGov last month show that 40% of the general public would only continue to support the use of horses in sport if their welfare was improved, while 20% would not support their use in any circumstances.

“This was a survey of a representative sample of the general public, and the vast majority of respondents (over 90%) had little or no recent contact with horses. This is a snapshot of what some may dismiss as ‘uninformed’ opinions about horses in sport.

“However, our research indicated that people who do understand horses have similar views. While the sample size was just too low for statistical confidence, the results showed that even among those who said they do have regular experience with horses, 22 out of 48 supported the continued involvement of horses in sport only if their welfare is improved, while 27 in 48 thought there should be more safety and welfare measures in place. And some 8 in 48 did not support horses’ involvement in sport under any circumstances. So welfare concerns in horse sport, it seems, do not exist only among people who do not understand horses.”

A 40-minute discussion with panellists from across the horse sport world ranged across whether the survey results came as a surprise, how much each sport has considered their social licence to operate, where improvements have already been made and where others could be and whether attitudes and actions had changed with social media capturing fleeting good or bad moments.

Dr Barry Johnson, Chair of British Racing’s Horse Welfare Board, pointed out that racing was ahead of some other sports with response to social licence.

“Racing has researched these issues, and this is what precipitated our report, A Life Well Lived, and the setting up of an independent welfare body,” he said. “Trainers and racecourses have opened up their facilities and invited the public in to see what happens before and after racing. It’s a change of culture which has allowed things like the whip consultation to take place.”

He went on to say:

“Racing has always been seen as the sport that stays out on its own but now there is an appetite to work with other horse sports and its vital that we all work together. We must develop trust between each other and trust with the public that what we are doing is for the benefit of the horses.”

Christian Landolt, dressage rider and eventer, trainer and FEI ground jury member was not surprised by the survey results and did highlight that:

“There is a big discrepancy in how people manage their horses, of horsemanship at all levels and it worries me. There needs to be a push on education. As a judge I’m also aware that riders often don’t know the rules of the sports they compete in — I sit a little exam each year for the FEI and I’d like the riders to do that too before they can compete.”

David Morley, Chair of the Hurlingham Polo Association Pony Welfare Committee revealed that the polo world was a little surprised by the survey results but went on to admit that it had not been good at sharing the work that is being done within the sport during the lifetime of the polo ponies.

“We have woken up to social licence. Our sport is different in that we deal with a string of ponies rather than a one-to-one relationship, caring for the classroom rather than one pupil at a time. But we hold owners responsible for the ponies, when they are working and when they retire.

“We have a system to sign ponies out of polo so that if retired they cannot return to the sport. There are limits on how much a pony can do in any one day and we look at how welfare can be improved.” He went on to agree with Barry that all sports now need to work together.

Olympic eventer Pippa Funnell MBE shared her experiences with social media, saying that you have to be honest when things don’t go according to plan but she also said that:

“What really is very upsetting to me is that the rare wrongdoings of a very small number of people involved with horses can tarnish the rest of us. It’s a way of life and it’s important to get that across to the public. To me the horses are family members. You can’t put into words the emotions you have for these animals.

“Education is key. There could be a system where respected riders can be there with an armband and be open to approach by anyone wanting advice. And it puts them in a position to pick out someone doing something wrong by the horse and tactfully educating them.”

Dr Madeleine Campbell, Senior Lecturer in human-animal interactions and ethics, RVC, has worked extensively on the horse-human relationship. She said:

“A large part is around communication. Competitors talking about their horses and how they are managed is really helpful to those not familiar with horses. It’s important that we can explain to the public that we are including demonstrable welfare in policy making. The Ethical Framework provides a tool to make ethical decisions that can be easily explained. We also need to think how we communicate with the public around the nature of the horse human relationship. When it’s well done there is a benefit to the horse as well. We need to explain that and communicate the horse’s positive lifetime experience.”

The panel agreed that the equestrian world wasn’t always good at getting the positive stories and the background care, management and training of the horses across to the public. Barry suggested that there is a real need to bring in the voices of more of the team around the horses, the farriers and vets for instance, but he pointed out that many of the younger people involved with horses have had no media training.

The floor was then opened to questions from the audience and the panel tackled some thought-provoking topics such as how to filter what has been learnt at elite level down to grassroots competitors and highlighting the good work that has already being done and putting that across to the public in an engaging and informative way, are we asking too much of our horses at the top level of sports and how can we make the results of scientific research more accessible within the equestrian world.

Roly rounded the event off by saying:

“Going forward for horse sport, the idea of a cross-sector forum to work together on these issues is a fascinating option and to build on what racing does when it opens its stables to the public.

“World Horse Welfare will follow up on the research on public opinion and look at how we can best monitor, objectively, the state of horse sport’s social licence. And for the media, the research showed that over half respondents wanted more communications on welfare in sport. How can we make that engaging to equestrians, who may take much of this for granted, and to the public, who won’t?

“There is an opportunity to shine a light on what makes the horse-human partnership so genuine and inspiring. I think we need to focus as much on the horses as we do on the riders, and we need to demonstrate the care and individual relationships we have with our horses and celebrate their success as true partners.”

Roly then asked everyone attending to make three commitments:

“Challenge yourself to consider what you should be doing better to prioritise the welfare of your horses. Review your sport’s current practices – and work together with others – to make improvements that will directly benefit horse welfare and…

Do you have an interest in horses?

If so, we’d like to know what interests you about horses, what you want to learn more about and what your opinions are.

A recently published report on equine Quality of Life (QoL) was supported by World Horse Welfare.